Some of our local readers will be aware that the former Eastern Counties Omnibus Company (ECOC) garage at Southwold is due for demolition very soon.
So the Eastern Counties Transport Collection, under the guidance of Syd Eade, took their former 'Counties' Bristol FS Lodekka OVF229 over to Southwold on Sunday morning to get some photos outside the building. 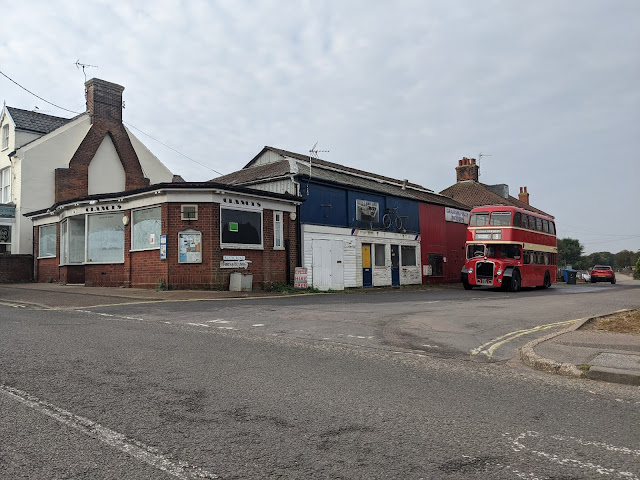 The Eastern Coach Works bodied decker was fitted with specially made destination displays for the trip which matched those on the bus in the old photo above. 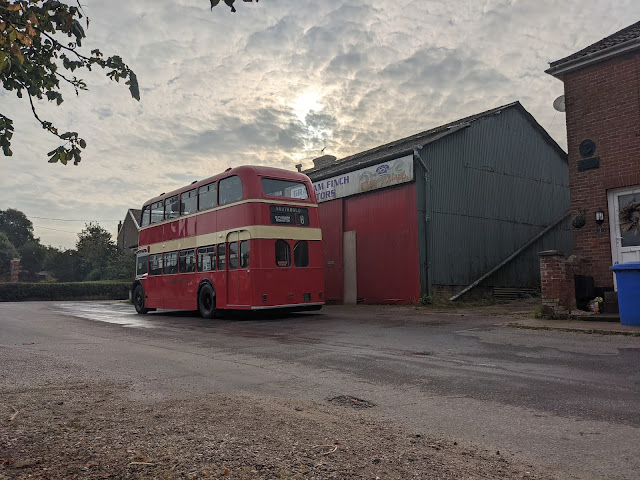 Syd remembers when the depot was in use into the days of VRs, although it has been in private use for many years. He said 'It was still almost complete as it was when ECOC left the site. The right hand end of the building had a pit with a rather archaic toilet which was actually in that state when I worked there in the 1970s!'
My thanks to Syd for his contribution. Both he and Daniel Peart provided the photos

Roy
Posted by eastnorfolkbus at 09:53