With an early morning commitment, I had the ideal opportunity to look around around the usual holiday area locations to see what long term stayers were about. I was pleasantly surprised to observe eleven during a sunny late September morning. 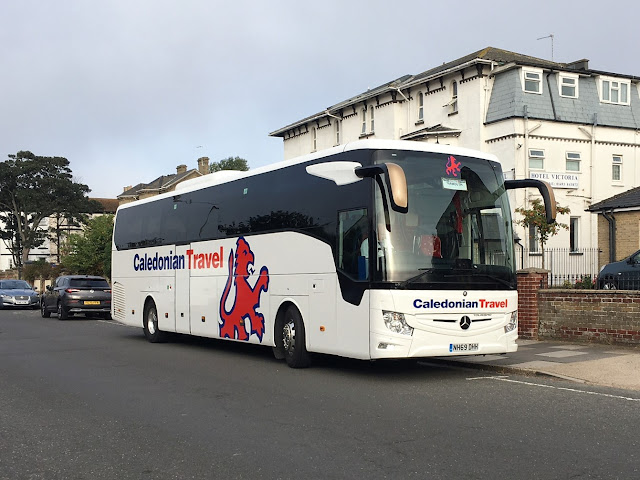 Travelling south to north, my first sighting was Caledonian Travel's NH69DHH close to the Hotel Victoria on Kings Road. The NH registration gave away the fact that it was originally with National Holidays and was new to them in November 2019. 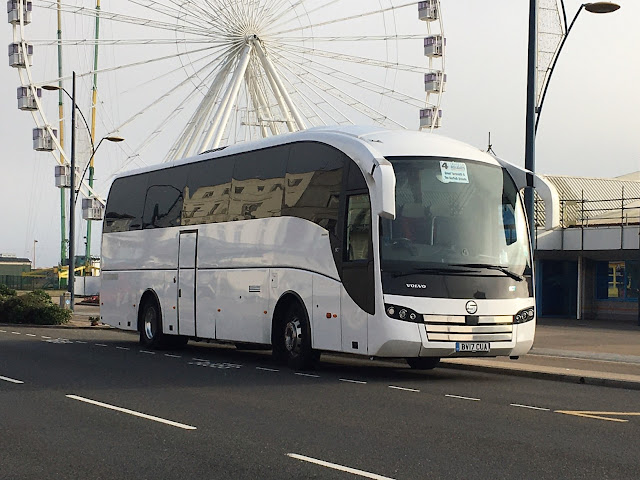 Continuing along Marine Parade I found Ambassador Travel's BV17 CUA outside the SeaLife Centre. The Volvo B11R, which has Sunsundegui bodywork, was on charter work with Grand UK Holidays. 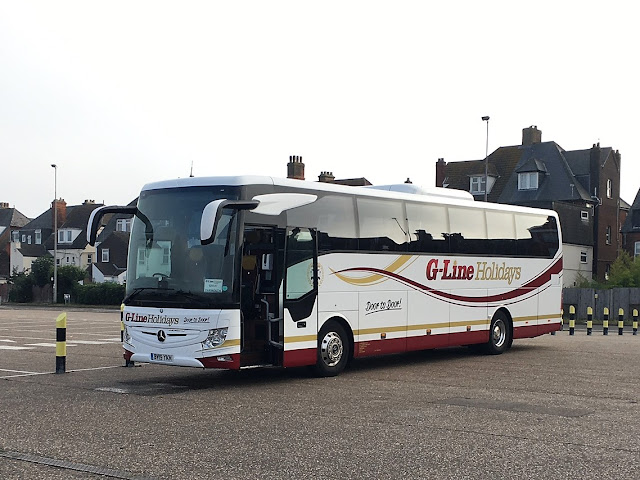 The next port of call was Beach Coach Station where seven vehicles were noted. Close to the entrance was G-Line Holidays Mercedes Benz Tourismo BV19 YKN 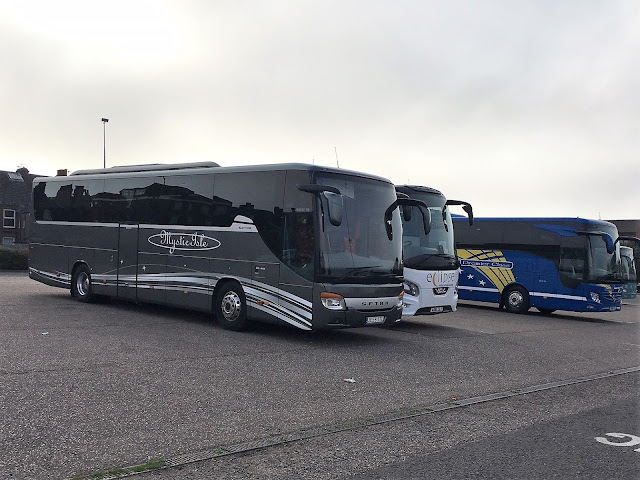 There was then a large gap before another trio were seen. Majestic Isle Travel's Setra JE55 TTL dominates the photo with AAA Coaches of Kirknewton's VDL AD16 AAA being next in line flanked by Happy Als Tourismo BU18 YSL, a former Shearings vehicle. 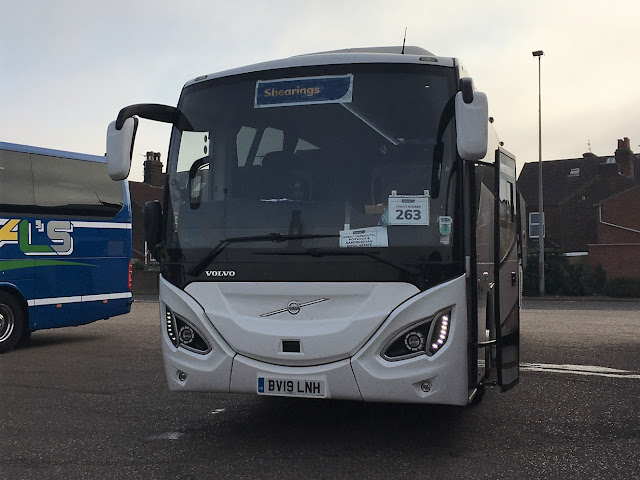 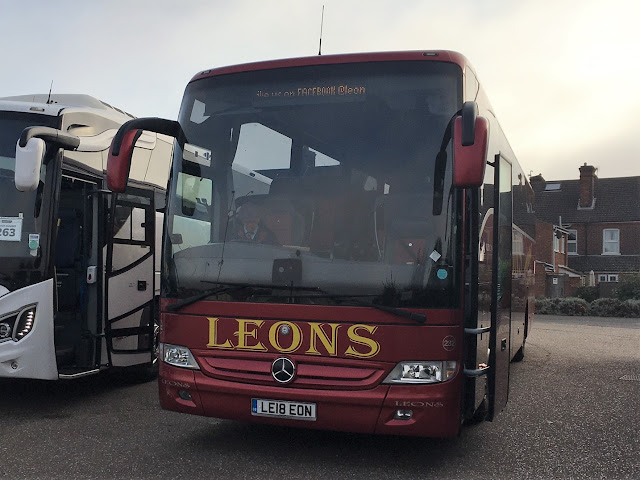 Next up was Leons of Stafford Mercedes Benz Tourismo LE18 EON in their traditional maroon livery. 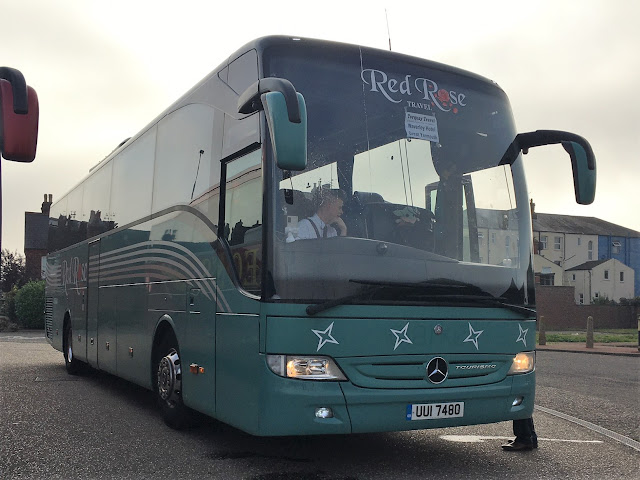 The last on the rank was Red Rose Travel's Mercedes Benz Tourismo UUI 7480 on hire to Torquay Travel. It was previously registered BV10ZKC 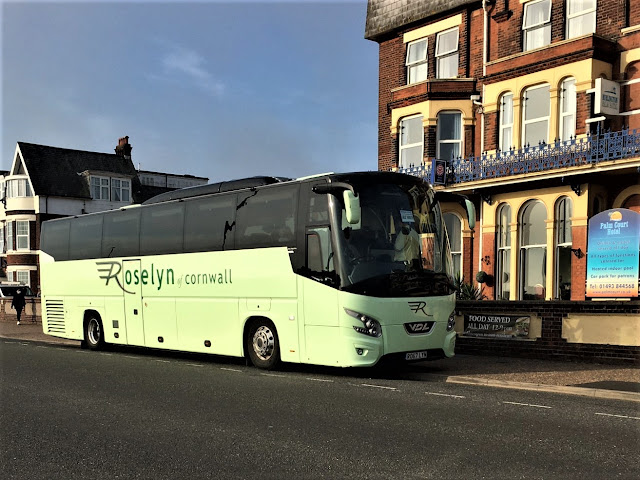 Returning home along North Drive I passed an unidentified Barnes Coaches vehicle on the corner of Sandown Road before seeing Roselyn of Cornwall's VDL Futura FHD2 RO67 LYN outside the Palm Court Hotel.
Roy
Posted by eastnorfolkbus at 11:45