The latest Sanders news includes the return of Optare Solo 203 MX09 AOU for use on the Holt town service. It joins just one other active of the type in use in the form of 200 YJ58 CBX. 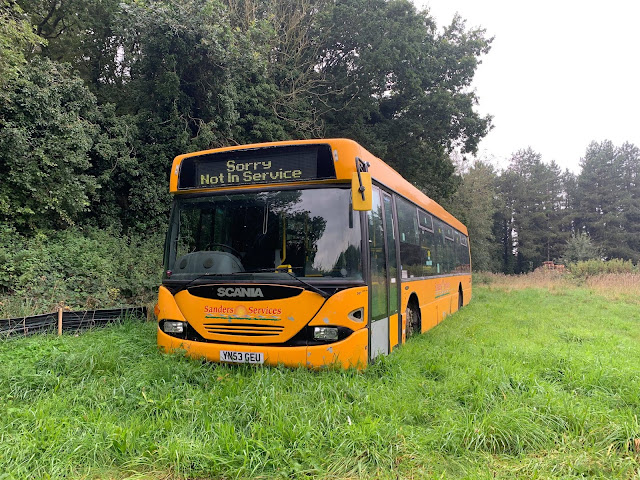 Several inactive Scania CN94s are in hiding around both Holt sites with 307 YN53 GEU, 308 YN53 GFA and 314 YN03 UVR all in storage. 301 YS03 ZKR and 309 YN53 GFE are also out of use with a possible return to duties being considered. This leaves 303 YN53 GFX as currently the last Omnicity in service with Sanders. (Update: this has also been withdrawn so none of the type is in use)

On the decker front 107 PM03 EHR has been permanently withdrawn and is being stripped for spare parts. It has replaced Wright Gemini bodied DAF DB250 103 LJ53 NHN as the Christmas tree which has now been scrapped. Watch out for the arrival of some new deckers soon 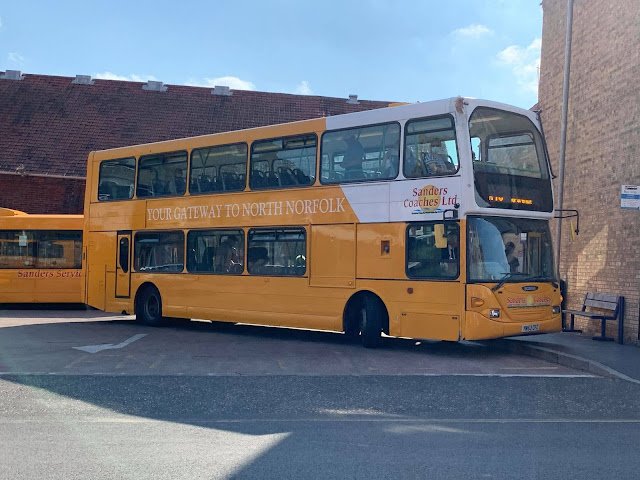 Finally, Holt based Scania OmniDekka 116 YN53 CFZ has been loaned to North Walsham and has been seen on 55 services.

My thanks to LiamS for the information and photos

Roy
Posted by eastnorfolkbus at 11:54