Five Arrive (No, make that Six!)

A mid afternoon visit to Beach Coach Station today saw five coaches in attendance and, as I was about to drive off, another arrived! 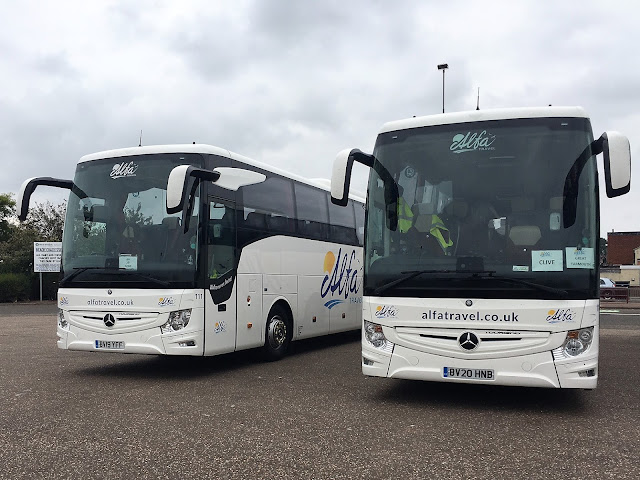 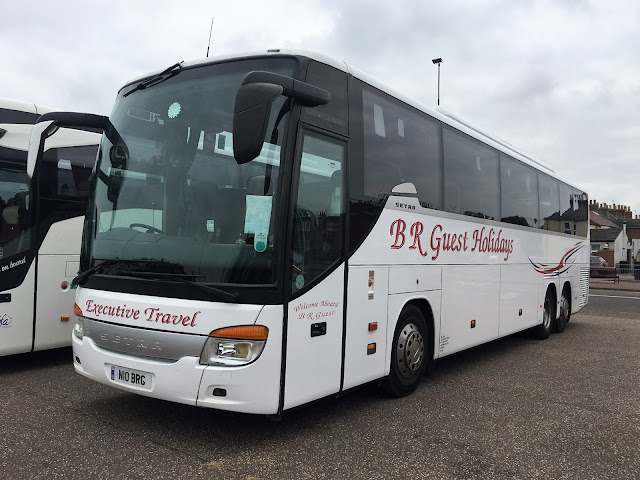 Next in line was Barnsley based B R Guest Holidays' Setra S416GT-HD N10 BRG which was new to Welsh Coaches of Upton, Pontefract in 2007 as W6 HOL 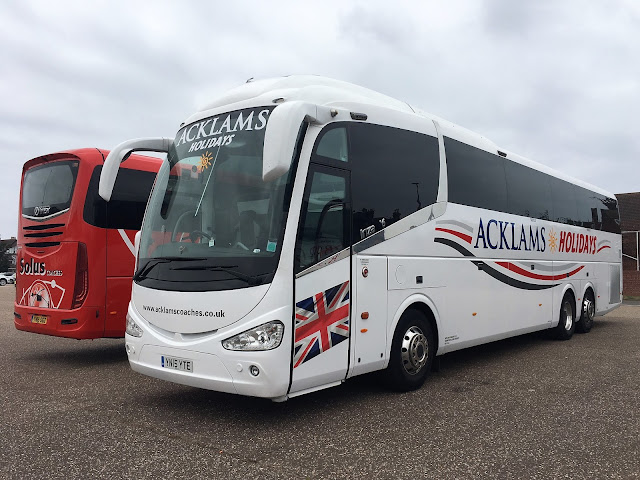 The fourth coach was Acklams Coaches YN15 YTE, an Irizar i6 which was previously with Ellison's Coaches of Leeds 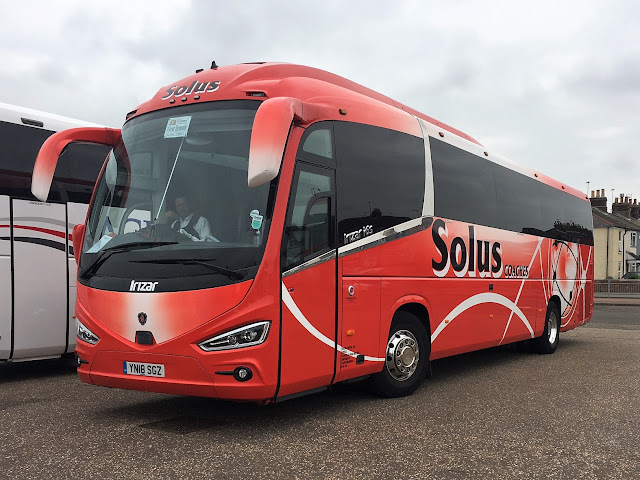 And that was it, or so I thought! I returned to the car and checked through the photos to see if they were OK and, whilst answering a message on social media, I looked up to see groups of people passing the car. Clearly another coach had arrived. 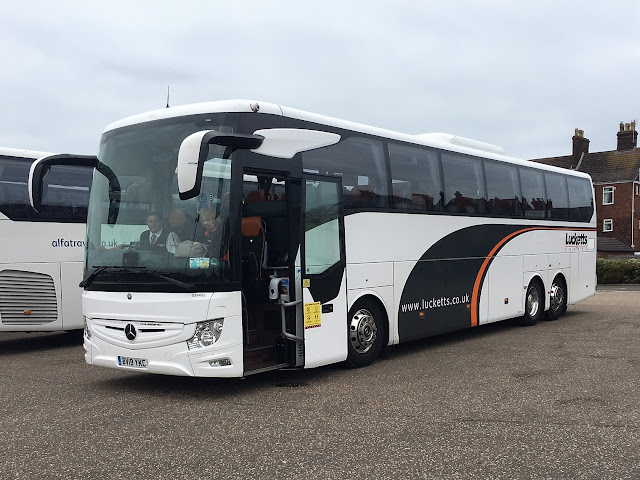 I returned to the coach station in time to see the last passengers alighting from Lucketts' Mercedes-Benz Tourismo BV19 YKC complete with fleet number 539453. So make that six then!

Roy
Posted by eastnorfolkbus at 21:04