Firstly, a new Shearings 11 registered Setra was there in the shape of 321 BK11CPX 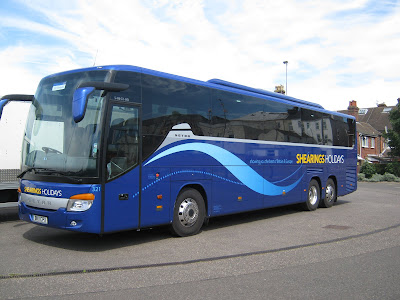 Also on site was a Czech Republic vehicle operated by Jiri Rozsival of Brno - unfortunately it was parked on the back rank so I was unable to get a reasonable photograph. However, a picture of the Bova Futura, which has a registration of 1B5 3147, was located on the operator's website and is reproduced here. 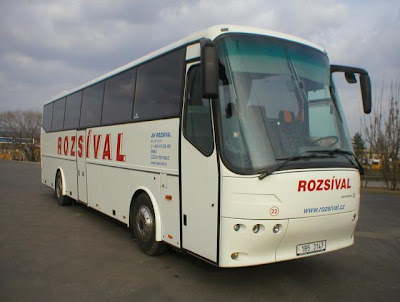 One vehicle I did get a photo of was a smart looking Rambler Volvo B10M with Van Hool bodywork. She was PDY272 which has fleetnumber 35. New to the East Sussex operator in May 1999 as T222GDY, she looked quite attractive in her mainly green colour scheme. The operator's website also has details of current and previous vehicles owned and has been designed with the coach enthusiast in mind. 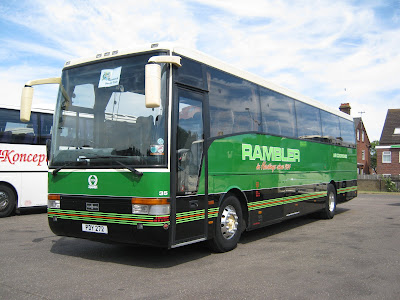 Whippet's Volvo B10M J689LGA was there once more but was parked in a different spot to normal, which proves that it can and does move!!
Posted by eastnorfolkbus at 11:19