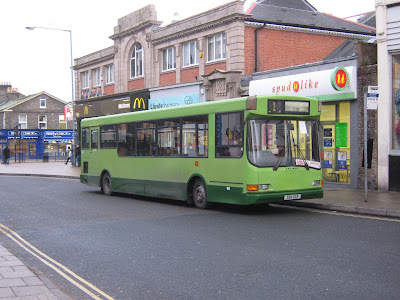 The 1997 green liveried Dart is pictured above working an afternoon schools service in January 2010 and is currently parked at the rear of Swift's Southtown Road yard, in company with 1992 Volvo B10 K224SSD. Both do not appear to have turned a wheel in weeks.

Photos of the other vehicles mentioned above can be seen in the Swift set on my Flickr site
Posted by eastnorfolkbus at 11:35