Being market day, the town again attracted a large number of vehicles to Beach Coach Station with 30 being recorded at 14.40 this afternoon. 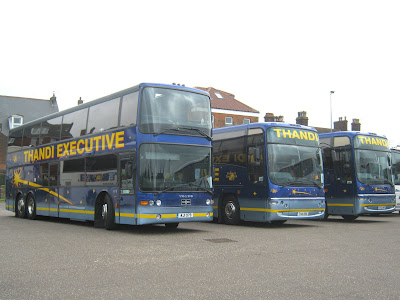 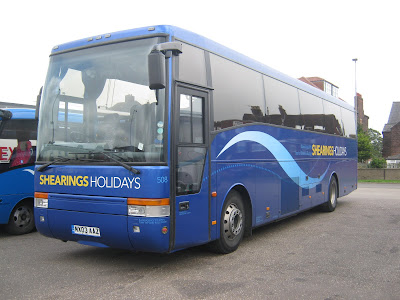 Another Nottingham City Coach made an appearance - it was another Volvo B12 in the form of YN58CGG. She is pictured when seen yesterday at Beach Coach Station. 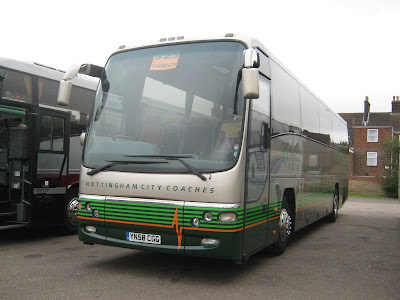 Another visitor, closer to home, was that of Lowestoft's Belle Coaches' BX08VBK. She is a Toyota Coaster with Caetano Optimo bodywork and has fleet number 44. 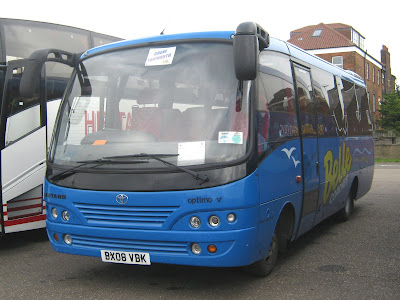