A Dull Day at Dereham

Whilst the weather was dull in Dereham today, the day's sightings were certainly anything but!

The main reason for the trip to this Norfolk market town, was to view and photograph the newly restored Great Western Railway 'King' No 6023 King Edward II locomotive. Hope the bus enthusiast community will excuse me for providing a picture here. 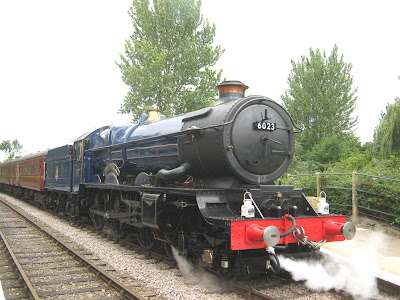 Back to the buses then and the opportunity was taken to visit some of the major operators in the Dereham area.

First up was Dereham Coachways, where I received a warm and friendly reception from an almost apologetic staff for most of the vehicles being out! Present in the yard were Scania Irizar V310EAK (seen again later at Beach Coach Station in Great Yarmouth), Van Hool bodied Volvo B10M R790WSB (below) and Toyota Coaster R687ACL. 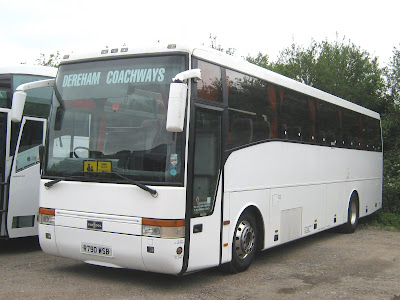 In the workshops was Volvo B10M K272ABV plus the yard also contained XFK305, acquired from Breckland Travel at the beginning of the year. She was not available for service. 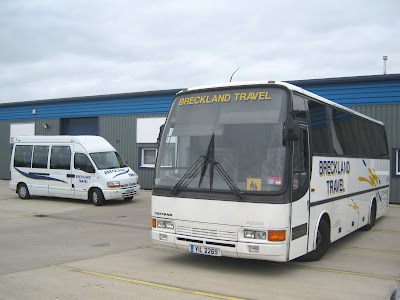 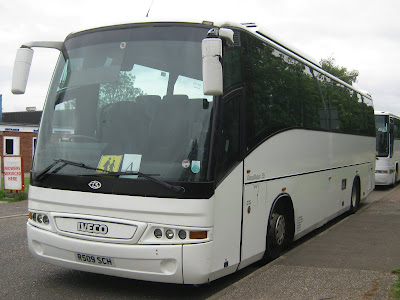 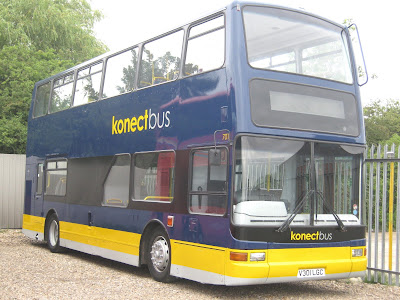 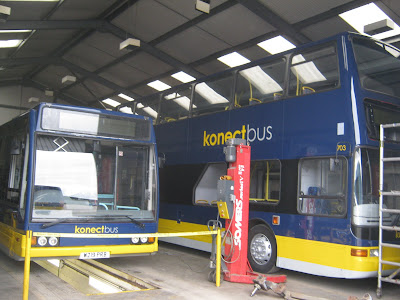 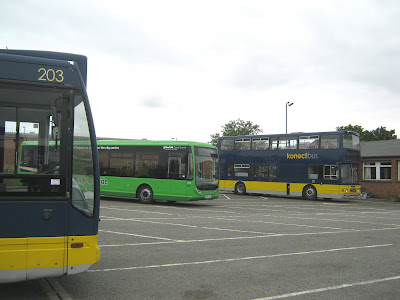 The 'new' President's were previously with Go Ahead London and are all now in Konectbus livery.

Other bus related pictures taken on the day have been uploaded to my Flickr site.
Posted by eastnorfolkbus at 19:14