I visited Beccles yesterday afternoon to note any changes since my last visit on 29th September, almost three weeks ago.

My first port of call was the Sir John Leman School where an Anglian Scania Omnicity was present on the forecourt. Shortly before 3pm Nightingale's orange liveried Leyland Olympian F633LMJ arrived; to be followed shortly thereafter by Belle Coaches' Van Hool NJI9244. 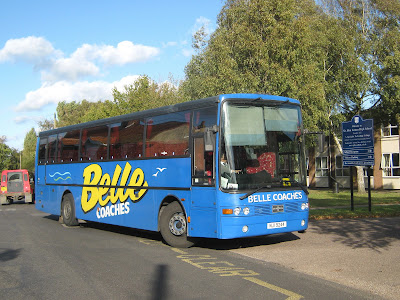 It was then off to the bus station where Anglian's Olympian 507 (HIL7618) and Trident 509 (X309NNO) both put in an appearance. During the interval between the two deckers, Galloway's Van Hool 266  (AY08DXF) passed through. 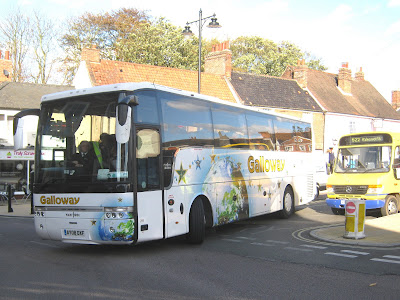 Beccles still provides some interest when school journeys are in operation.
Posted by eastnorfolkbus at 12:19