Tim Major reports that he was on a tour of inspections in the rural area of Great Yarmouth and came across this spectacle! 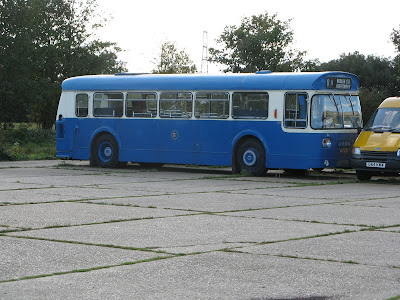 It was a former Great Yarmouth Transport Leyland Atlantean PDR1/1 single decker﻿ and fortunately Tim had his camera with him to record the event. GEX740F (formerly number 40 in the fleet) was one of three purchased by the Great Yarmouth undertaking in March 1968. They were a rare example of the usual double deck chassis purposely built as a single decker. 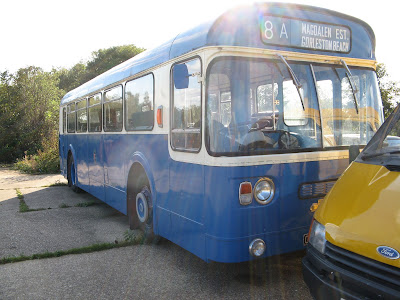 After being sold and stored in North Yorkshire for a while, No.40 spent some time in Hertfordshire prior to being acquired by a private owner and is now based locally. 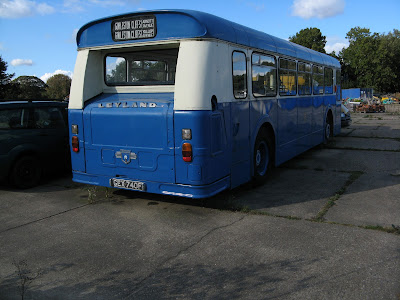 The vehicle still retains its rear destination screen, although the operator began to dispense with this practice during the time when its AEC Swifts were in regular use. I can remember many a note to a certain Terminus editor about this!
All photos are copyrighted to Tim Major
Posted by eastnorfolkbus at 10:50