This weekend saw a further visit to the Midlands, this time centred on Lichfield in Staffordshire. Again there was the chance of viewing some bus activity!

What better place to view the comings and goings than the smallish bus station opposite Lichfield City Railway Station. However, with its north east/south west alignment it wasn't very good for afternoon photos with the camera facing directly into the sunshine!

It was quite obvious that Arriva Midlands seem to be the major player in Lichfield - quite a pleasant change from the dominance of First in the Great Yarmouth area! By using the shade of the trees I managed to photo Arriva's 3738 (YJ57AZP) below arriving in the bus station. 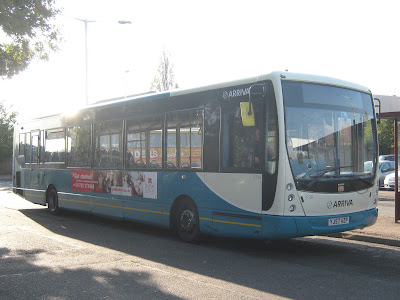 Next up was Central Connect's 6513 (BX56BPU) in Flights Hallmark branding. The Enterprise Plasma is seen on Birmingham Road which runs parallel to the bus station allowing me to get a better picture.. 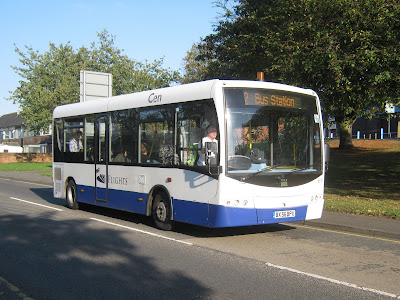 A red liveried vehicle next - this time in the form of a Midland Dart. Looking smart in the sunshine was Oldbury- based 2153 (P153SMW) on the 991 service. 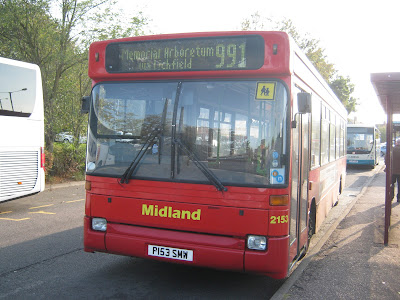 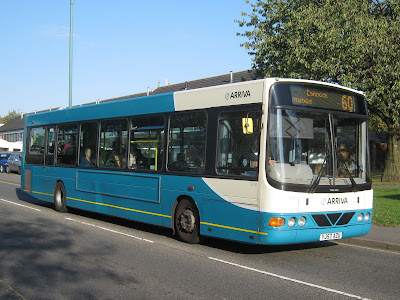 As if it was trying to balance up the bias of the photos taken, another Central Connect Plasma entered the bus station. This time it was YX56JUC, again viewed through the shade of the tree. 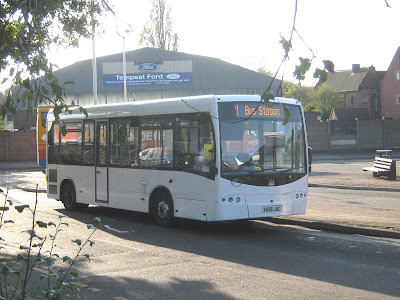 Finally, lurking in the corner of the bus station was a Norfolk vehicle! It was a surprise to see Sanders DAF/Van Hool RDV903 present. It looks as though it was having a short break whilst most of its passengers were exploring the city. 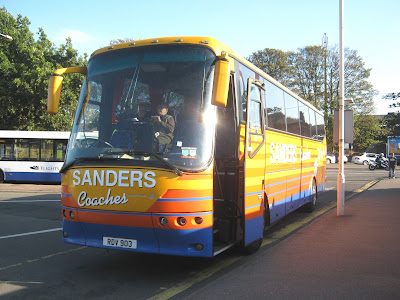