Snow fell in the Great Yarmouth area during early Sunday morning (5th February) and a lot of the white stuff still remained today. An opportunity then for some pictures of buses in the snow! 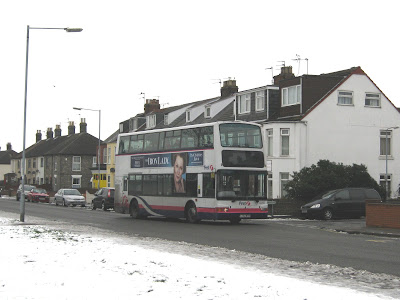 The first photo is of  First's Volvo B7TL 32206 (LT52WTL) travelling eastwards on Beaconsfield Road on the service 8 to Caister. 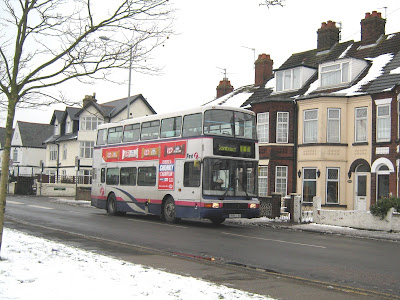 Some ten minutes later another B7TL was recorded southbound on North Denes Road. 36186 (S686AEE) was on a contract service heading to Bernard Matthews 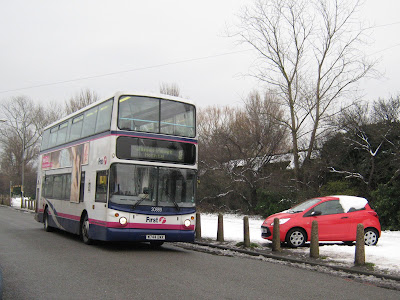 A further ten minutes lapsed before another B7TL (this time 30889) was snapped westbound on Beaconsfield Road bound for the James Paget Hospital via Market Gates . 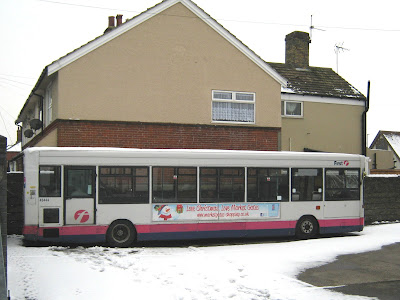 Finally, I made my way over to Caister Road Depot where Dart 43444 (P844OAH) was found dumped in the rear yard. Her future looks uncertain after she sustained damage at the front following an accident in early January.
Posted by eastnorfolkbus at 19:03