A Bit of Welly!

It seems that I am not the only one who made regular visits there as Tim Major's accompanying pictures show. Unfortunately the dates of the photos are lost in the mists of time but I thought they were worth reproducing here nevertheless 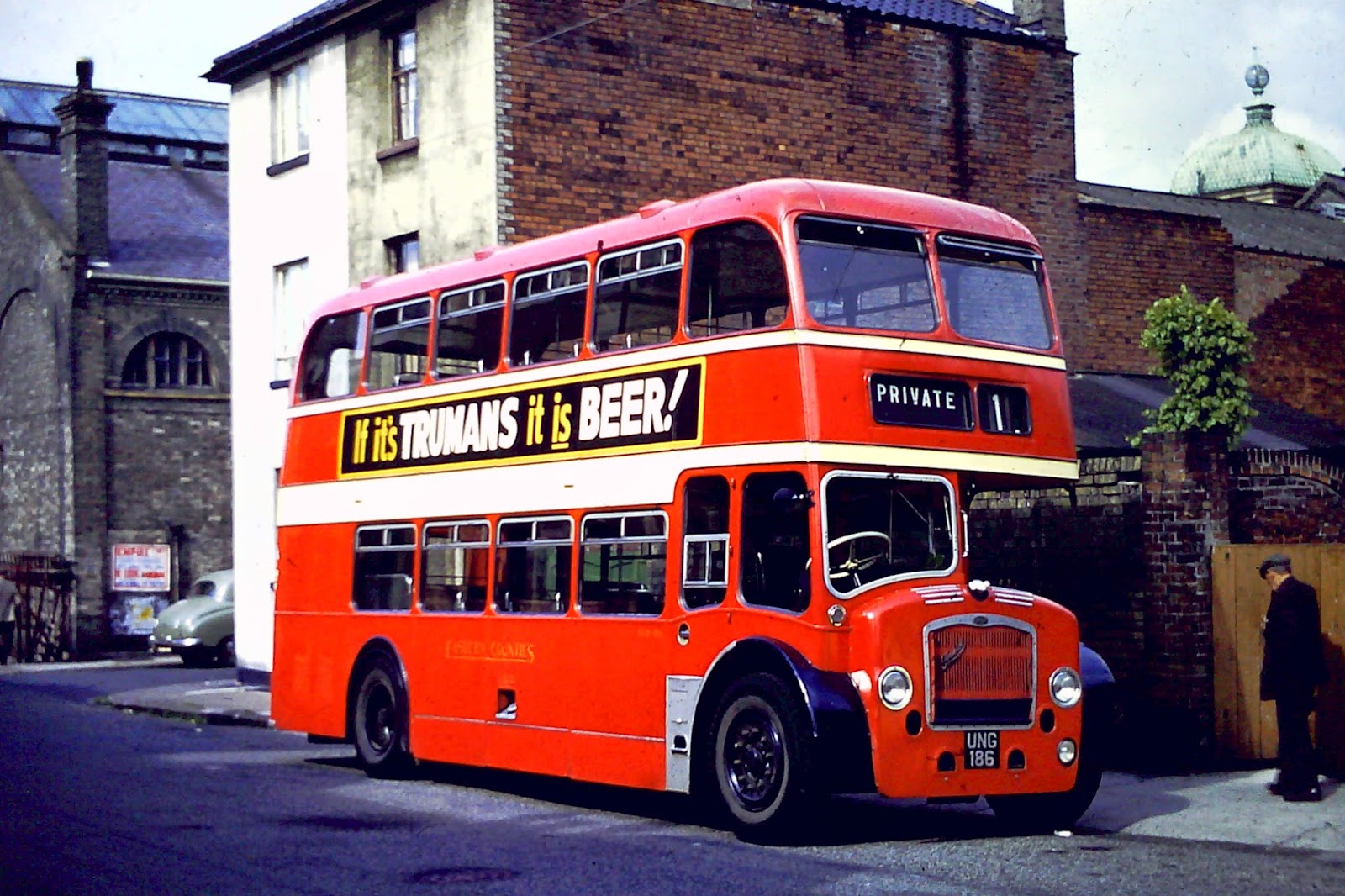 First up is a pic of Eastern Coach Works (ECW) bodied Bristol LD5G UNG186 of July 1956 vintage, which is unusually parked on Wellington Road. Wearing fleet number LKD186, the sixty seater was withdrawn in 1975 and sold to an unknown owner in Cambridgeshire for non PCV use and subsequently scrapped 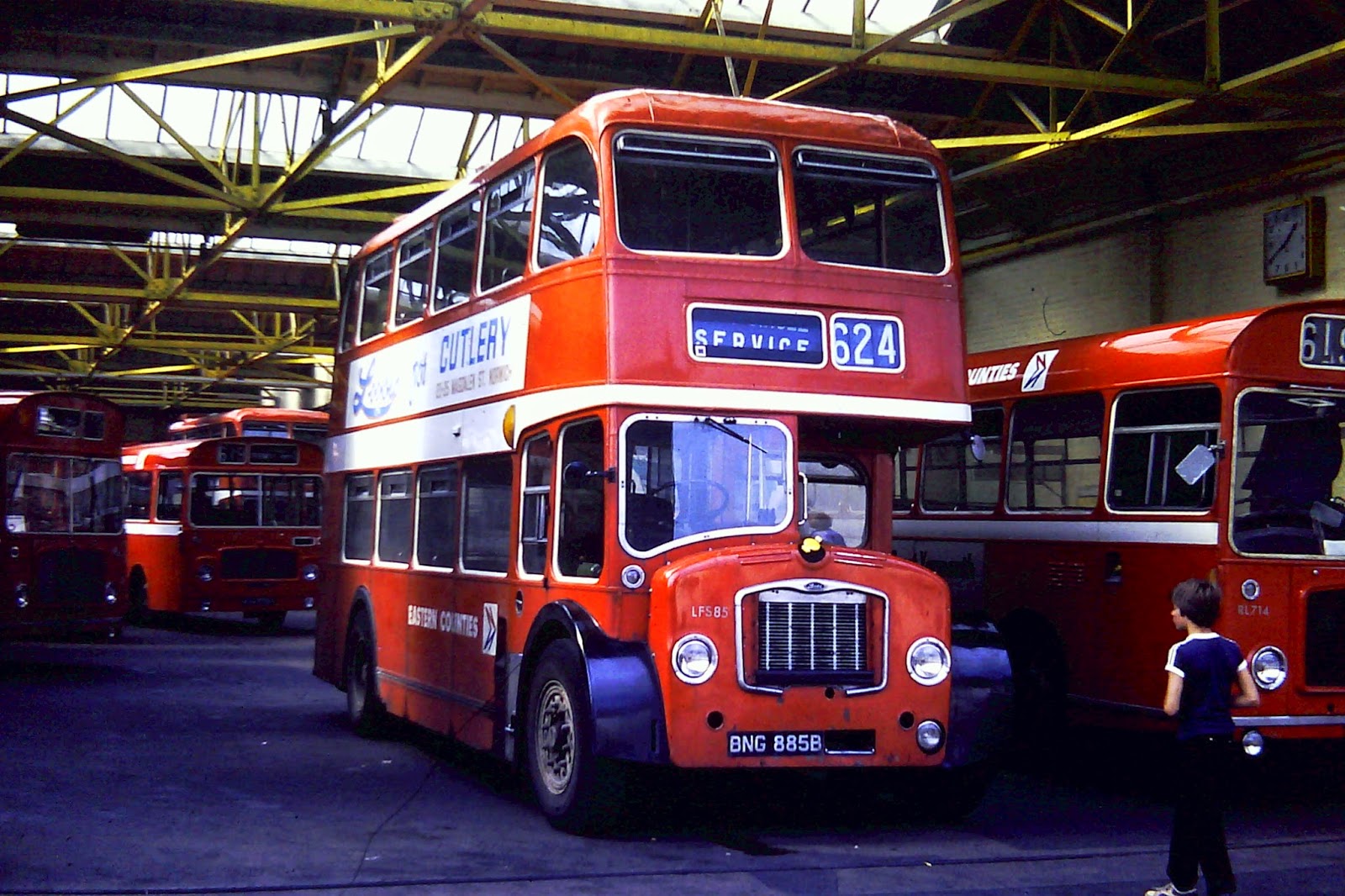 The second is a photo of an Eastern Counties Bristol FS5G BNG885B. LFS85 was one of a batch based in Great Yarmouth from July 1964 onwards. The ECW bodywork was of H33/27RD configuration. It survived until May 1982 when it was withdrawn and scrapped 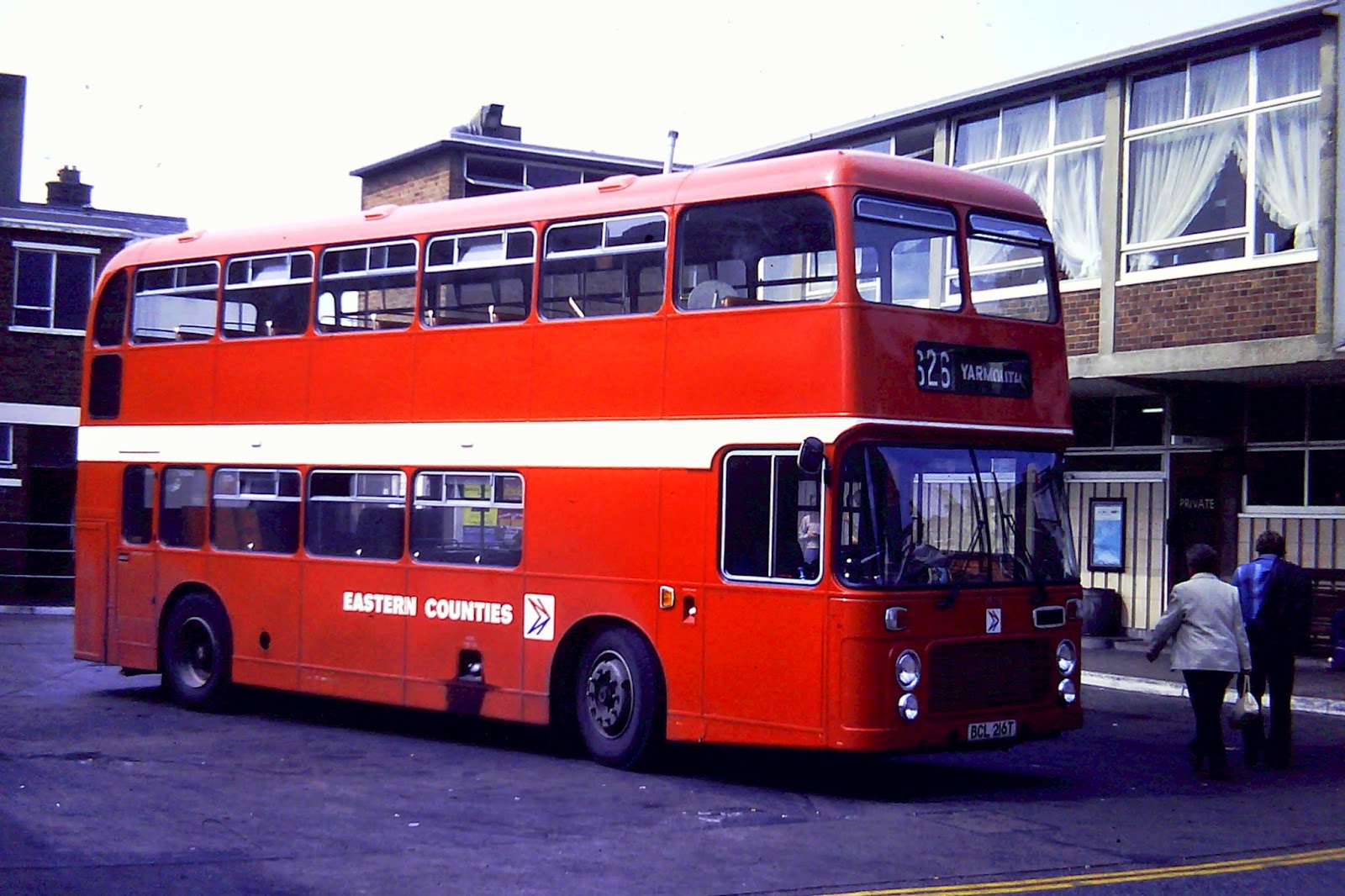 I did like the Bristol VRs when they first appeared and Great Yarmouth stalwart VR216 BCL216T was the subject of many of my sightings at Wellington Road. New in August 1978, BCL lasted until November 1998. VR216 is seen on arrival with the 626 service 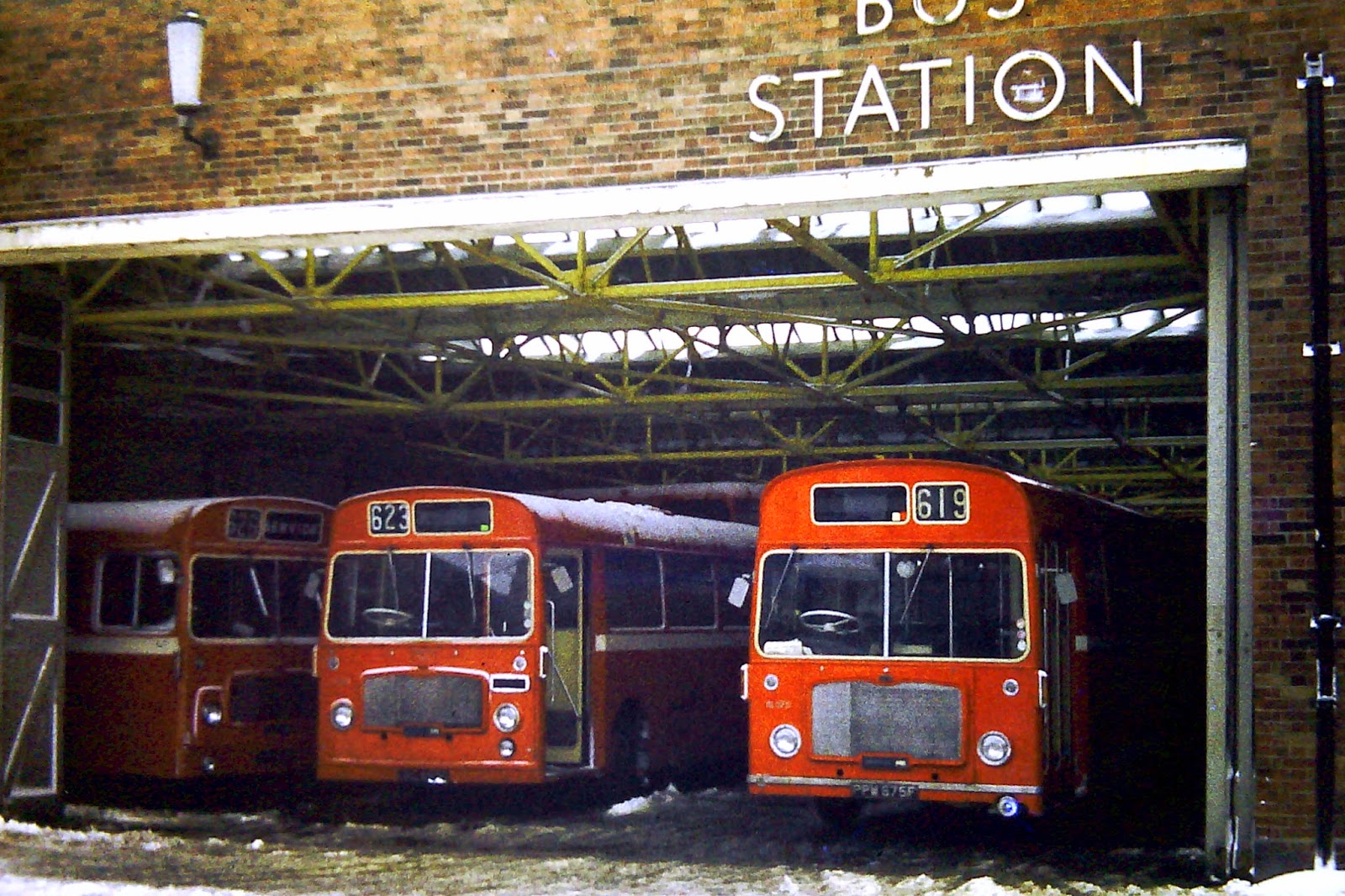 Finally a view of three single deckers in the front of the garage on a snowy day. On the left are two unidentified Bristol LH models whilst on the right is Bristol RELL6G RL675 PPW675F. The 53 seat ECW bodied bus was new in June 1968 and was in service until November 1982. It appears to have last worked the 619 service to/from Bradwell

My thanks to Tim for his photos which certainly stirred up some memories for me of the old Wellington Road Bus Station. The site was later redeveloped and is now used for housing purposes

Most of the information regarding the various vehicles were taken from the excellent Rob Sly's Bristol Commercial Vehicles Enthusiast website
Posted by eastnorfolkbus at 22:07