Passing along Marine Parade in Great Yarmouth, earlier this afternoon, I saw three coaches parked along the seafront 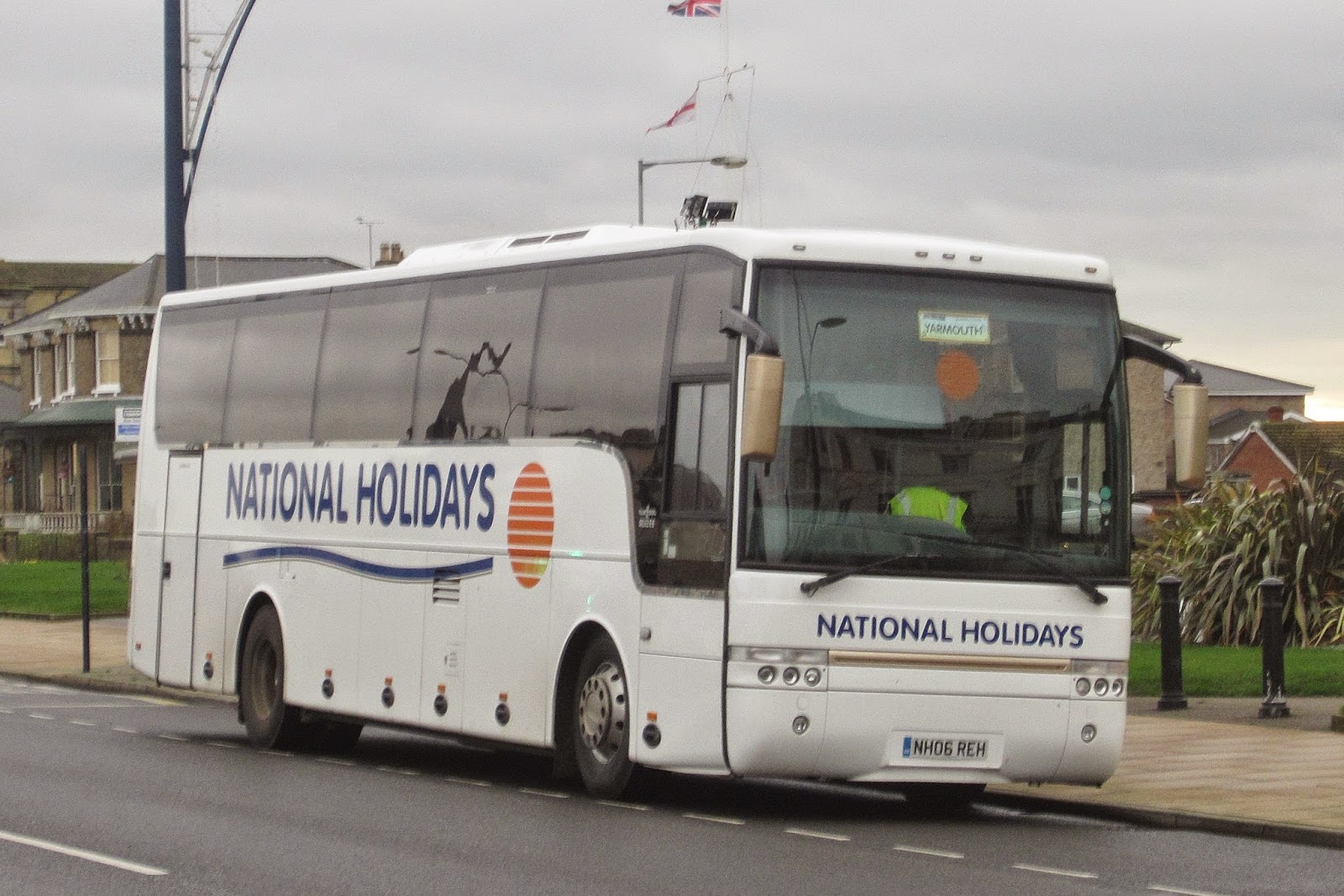 The former were in the shape of  Van Hool Alizee bodied Volvo B12M NH06REH (above) and Setra NH11DTH. The first mentioned was previously registered as MX06ALU when with Shearings 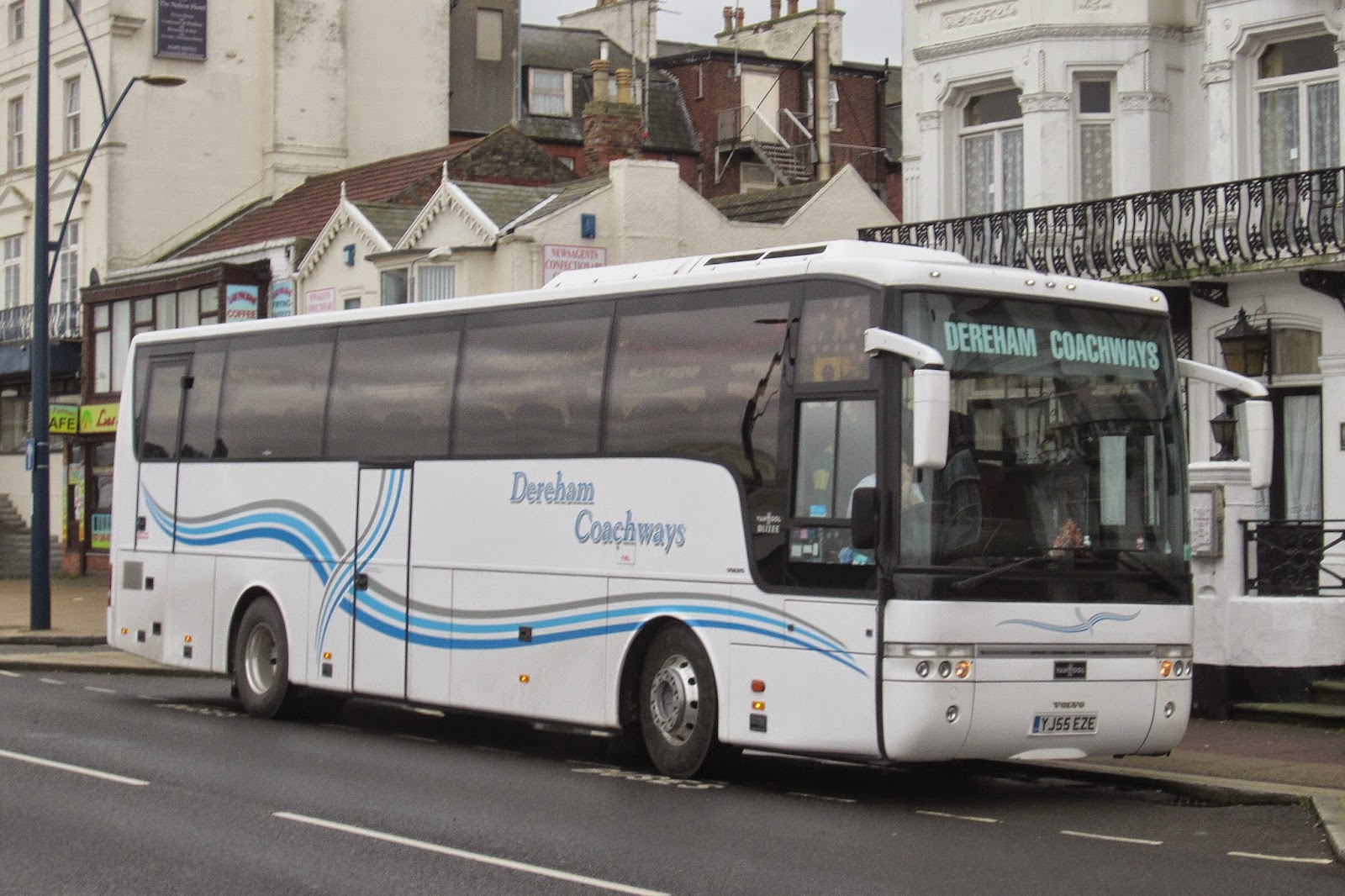 The Norfolk coach was YJ55EZE - a Volvo B12B/ Van Hool with Dereham Coachways.
Posted by eastnorfolkbus at 17:04