During my week down south, I just had to look in at Brighton to observe some activity there and the following are the highlights of only a very short period of sightings. 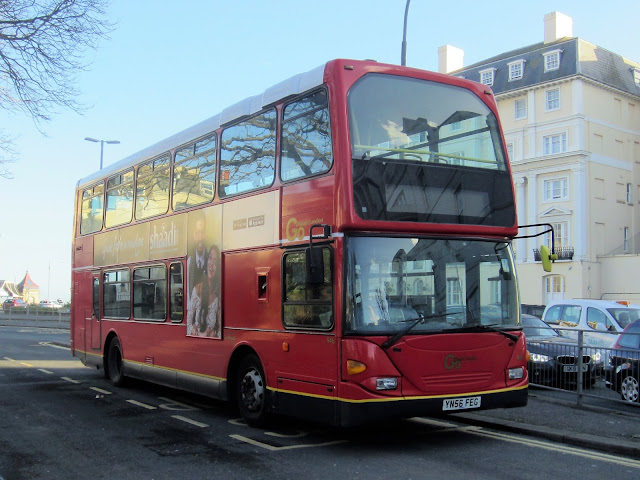 The first port of call was Steine Gardens where I noted Go-Ahead London's Scania N94UB/ Omnidekka 946 (YN56FEG) which was in an awkward location to photograph due to the position of the sun.  I needn't have worried though as it was still in the same place some four hours later enabling me to get a better photo! It's the first time I had seen any of the Go-Ahead London fleet in Brighton (other than rail replacement) and was surprised why it was there for so long. 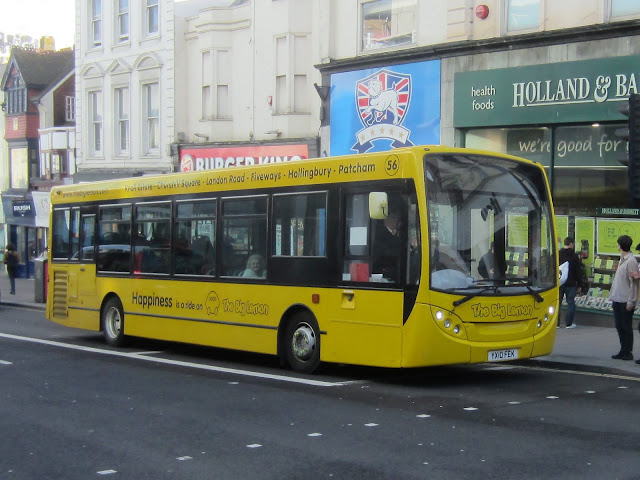 Continuing our walk along North Street, I was passed by The Big Lemon Company's Alexander Dennis Enviro200 YX10FEK. This is one of six former Abellio London 29 seaters recently acquired by the company who hope to convert them all to electric drive later this year. 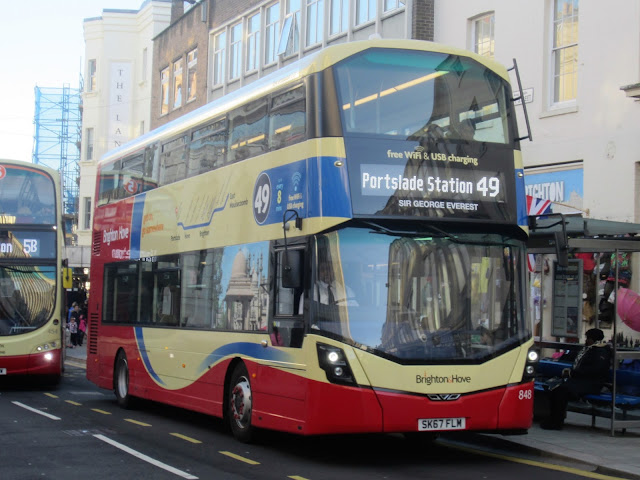 A recent arrival in the Brighton & Hove fleet is Wright StreetDeck 848 (SK67FLM). New in November last it is seen here heading for Portslade Station on the 49 route. 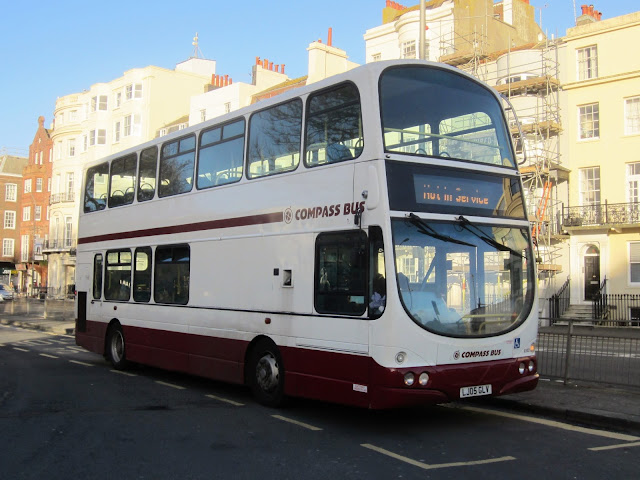 Another decker sighted was Compass Travel's Wright Gemini bodied VDL LJ05GLV. New to Arriva London South as DW133 in April 2005, it was purchased by Compass in May 2016. 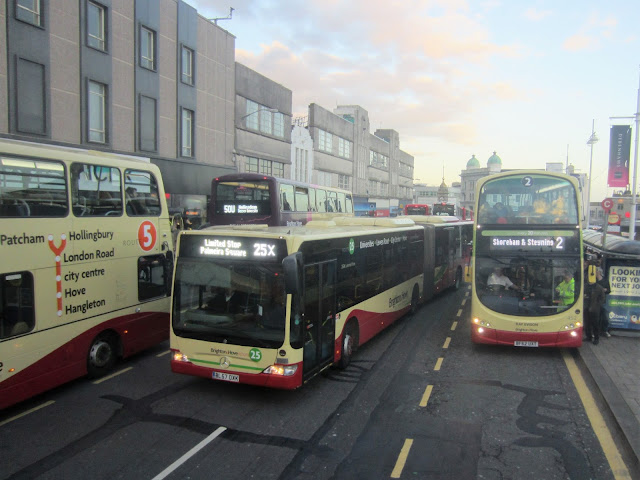 All too soon it was time to return to Worthing and our Stagecoach South 700 Coastliner arrived fairly full at our Churchill Square stop. Naturally we headed upstairs and the only double seat available was right at the back. Fortunately this allowed for a rear view photo of Brighton & Hove deckers waiting behind us and the crawl back to Worthing saw me take in the views I wouldn't normally have seen had I had been driving.

Roy
Posted by eastnorfolkbus at 21:13