Returning home after a week in Worthing I had the task of sorting through some photos I had taken whilst the better half was enjoying her hobby - shopping! 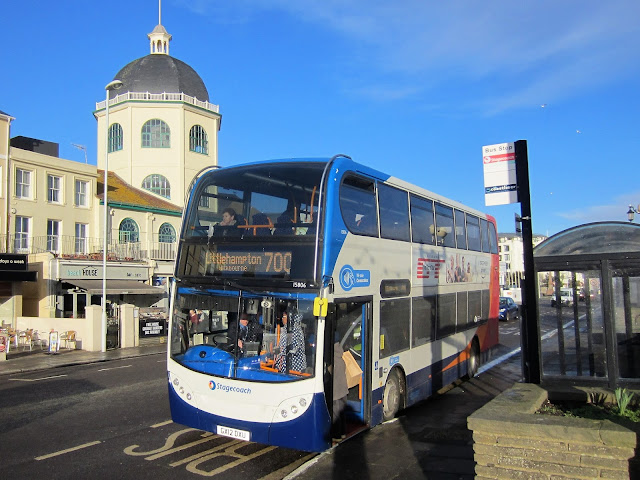 The following are some of the photos beginning with last Sunday's appearance of non branded Stagecoach South Scania/Enviro400 15806 (GX12DXU) on the 700 Coastliner service to Littlehampton (the locals apparently call it LA!!) 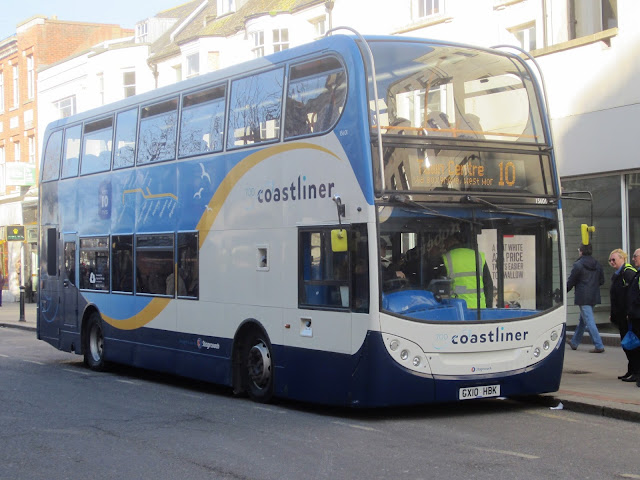 On Friday last, however, a Coastliner liveried decker was employed on Worthing town service 10 from Durrington's Tesco store. Normally the preserve of single deckers, 15601 (GX10HBK) also worked the 14:45 return route 5. 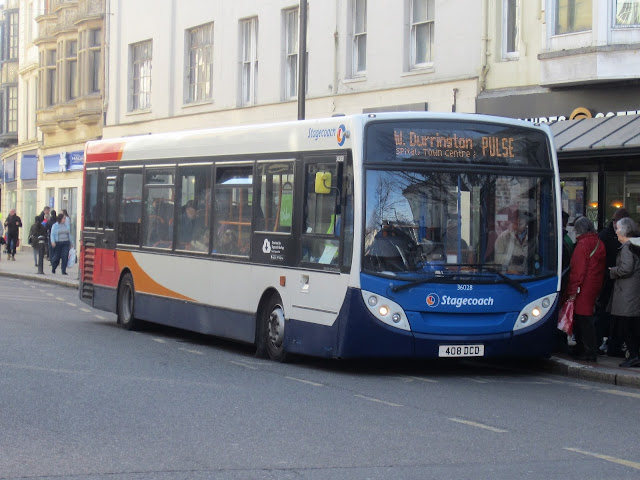 Also noted during the week were a couple of Alexander Dennis Enviro200s which have received cherished plates. 36028 (408DCD) appeared in South Street also on the Friday and was formerly GX07HUV 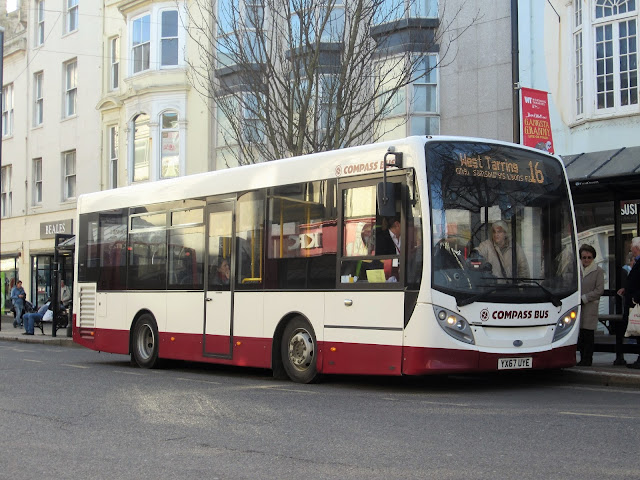 Earlier in the day I noted YX67UYE, one of Compass Travel's three new Alexander Dennis/ Enviro200's, working the 16 between Lancing and West Tarring.  They join twelve similar buses delivered during the year where almost half of the 70 strong fleet now comprise ADL single deckers.