Both Yarmouth and Lowestoft Lines are out of use for the next week which means coaches replacing Trains for the next seven days. Simon Bartram was on hand at Lowestoft on Saturday to record which vehicles were on duty. 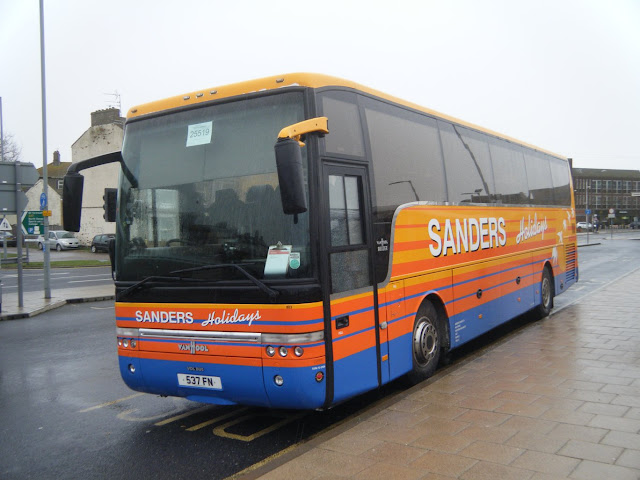 First up is Sanders Volvo/Vanhool 537FN (ex YJ07JWK) which employed just as sister 536FN was yesterday at Yarmouth Station. 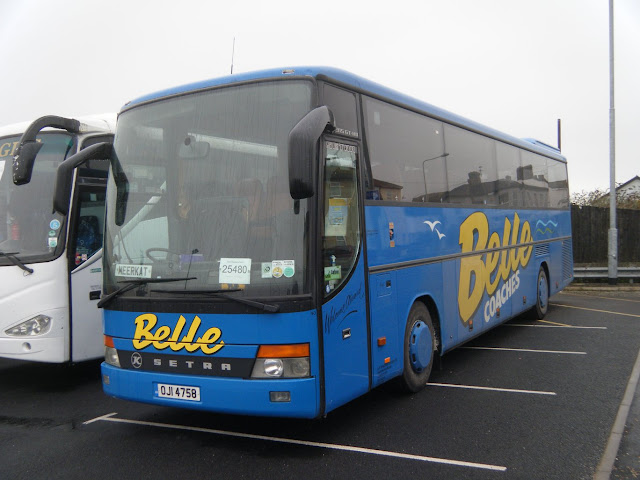 Next up is Belle Coaches Setra OJI4758 which was parked up in the Car Park awaiting its next duty alongside Angies Tours King Long BX59KWR. 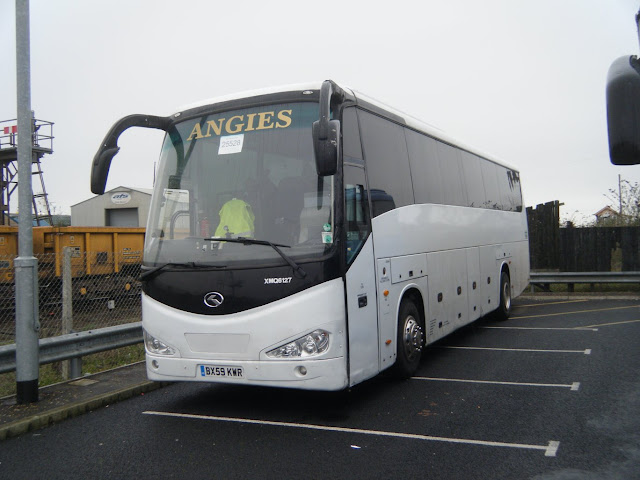 Finally Simon also managed to capture a very rare sight in Lowestoft yesterday morning (Sunday), one of Sanders Service Buses had made the trip to Lowestoft , DAF/Wright YJ60GDX was on hand to work the 11.50 replacement service to the city. 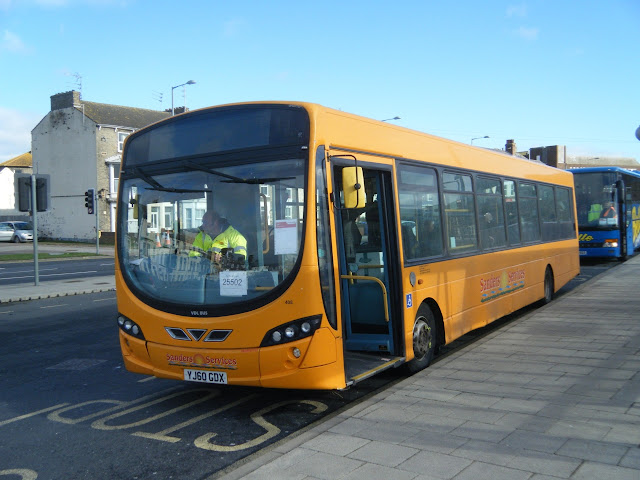 Many Thanks to Simon for the use of his photos as always.

Grahame.
Posted by Norfolkbus at 19:18