Way back in November 2015 I reported that First 66168 (W368EOW) had returned to Great Yarmouth from Essex to help out with the increase in the Bernard Matthews bus requirements. It was earmarked for withdrawal after Christmas and departed for Rotherham during January for an upgrade to become a paint spare. 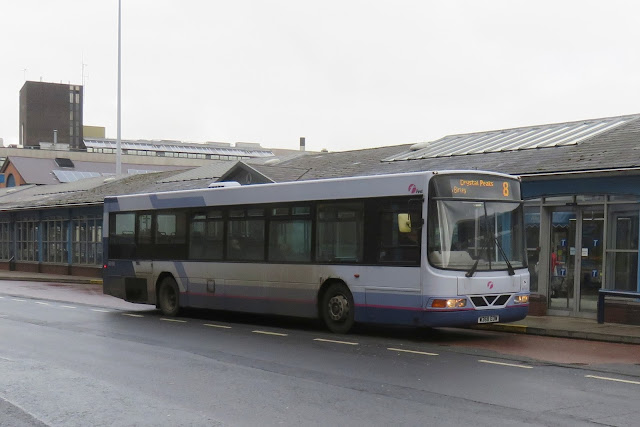 Syd Eade renewed his acquaintance with the former Great Yarmouth/Lowestoft vehicle when he had a ride on the Volvo B10BLE in Sheffield last week. His photo was taken alongside the now almost deserted bus station with most services seeming to use the city centre streets.

My thanks to Syd for the report and his copyrighted photo.

Roy
Posted by eastnorfolkbus at 09:45