Blog Outing in the City

It had been a while since I had ventured to Norwich with the camera hence the reason we have had a few guest posts recently keeping us all up to date with all the goings on. I was hoping to catch up with the recent repaints we have reported and all the new branding that is being applied to the First Norwich Fleet. 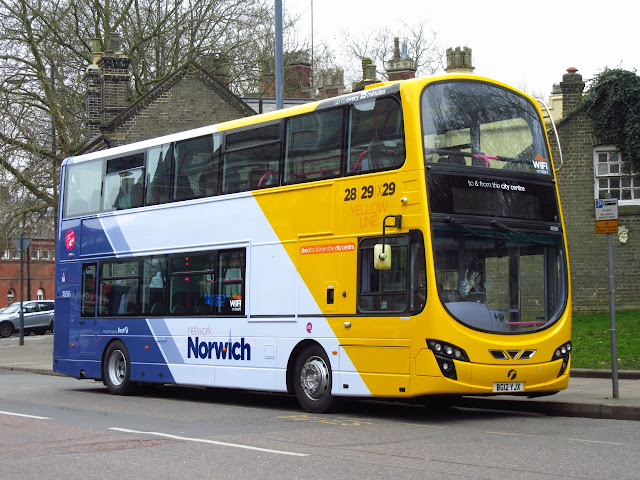 You can imagine my delight when a very bright looking Gemini pulled into Castle Meadow. 36265 BG12YJX is a recent arrival from Leeds and has gained the new Yellow Line livery for the 28/29 and new X29 service which begins on April 4th. It was being used for Shuttle duties and not in service, perfectly placed for a few photos!. 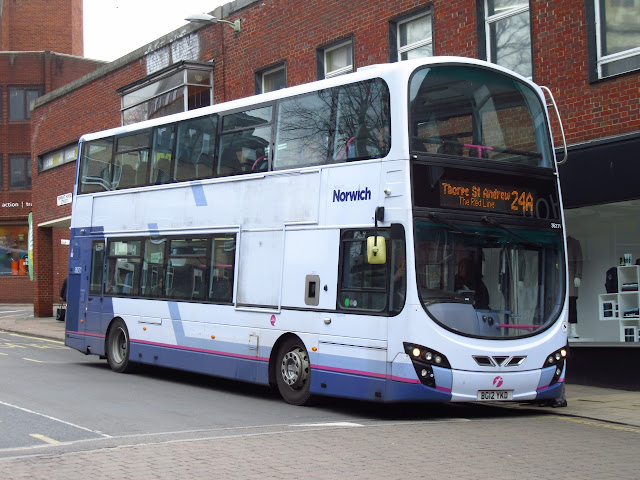 Another recent arrival is 32670 BG12YKD, It was working the 24A service and I caught up with it in Theatre Street, this should remain in standard livery. 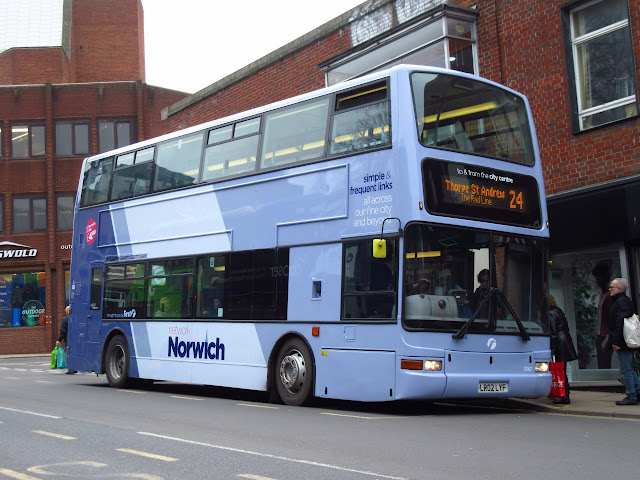 Another recent repaint we reported earlier in the week was 33167 LR02LYF, now in the new generic Lilac fronted livery to serve all routes, yesterday working the 24 to Thorpe St Andrew. The remainder of the day i will leave to Roy who i bumped into in Castle Meadow and he was also armed with the camera and he will carry on the sightings. 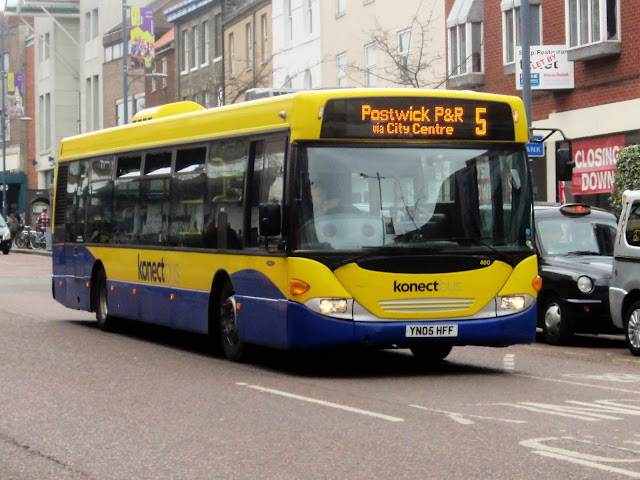 Thanks for the above Grahame and just three more observations to report with the first being the use of ex Anglianbus Scania OmniCity YN05HFF on Postwick Park & Ride for most of the day. 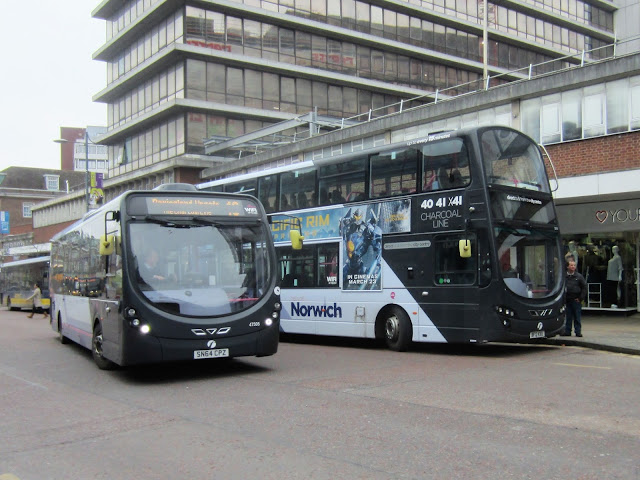 I then wondered along St Stephen's Street and found two former First Yarmouth buses on Charcoal Line duties; StreetLite 47505 SN64CPZ was passing Volvo B9TL 36181 BF12KXU as I took my photo. 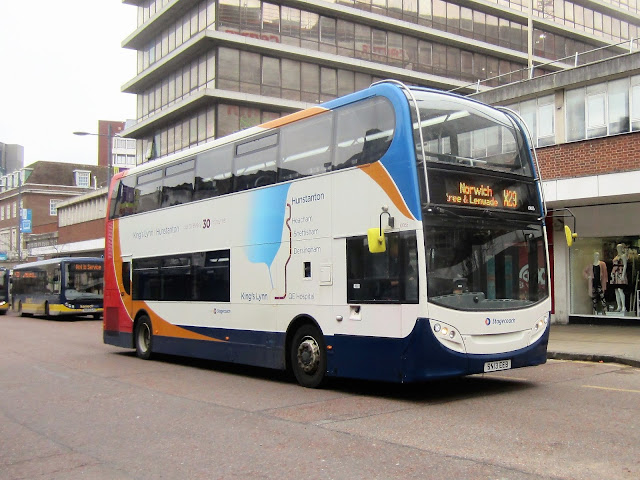 My final picture was the catch of the day as far as I was concerned. I know that Stagecoach sometimes provide deckers for their X29 services between Fakenham and Norwich but on this occasion Alexander Dennis Enviro400 10055 SN13EEB arrived especially branded for the Hunstanton to Kings Lynn service.

An interesting day overall in that I didn't spend much (!) and surprisingly saw former blogger Kieran Smith on his first controller duty for Konect - still living the dream no doubt!