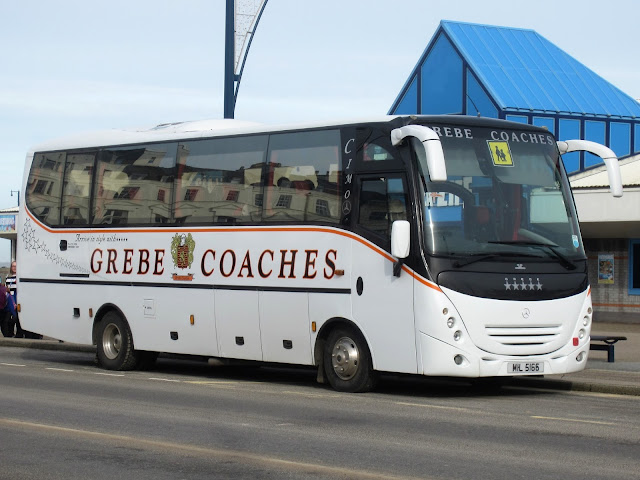 The first sighting was outside the Sealife Centre in Great Yarmouth where Grebe Coaches Mercedes Benz midicoaches MIL5166 and MIL3520 were picking up school children following their visit to the seafront attraction. 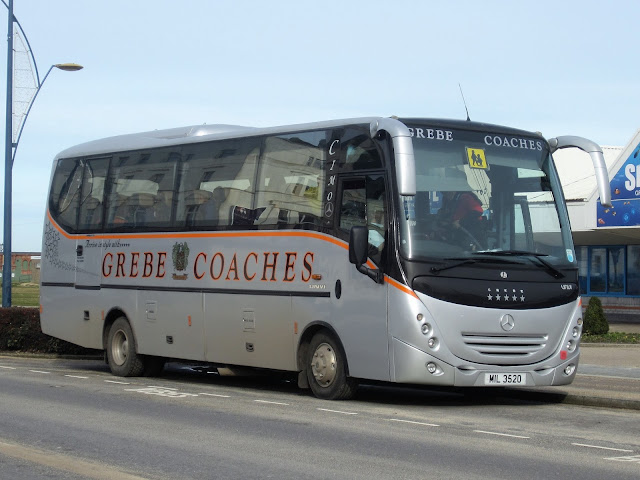 From there I looked in at Beach Coach Station and found another twosome from the same fleet together. This time it was Spratts Coaches Van Hool HY04HKX and Mercedes Benz BV57JVO 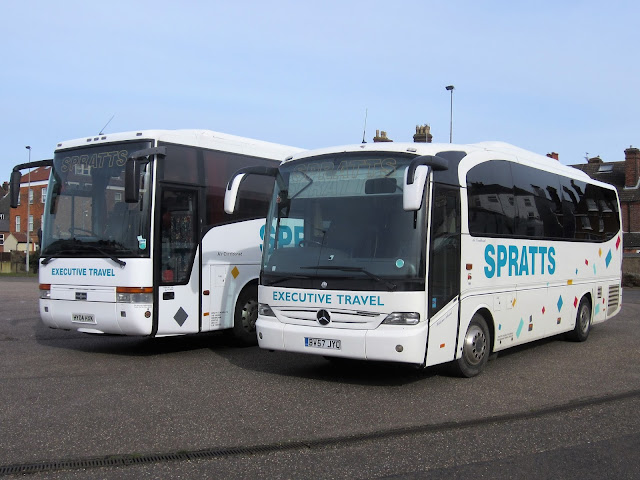 Making my way home, I noticed a coach at the railway station on rail replacement dutyfollowing train cancellations. Standing in was Angies Tours' Neoplan Transliner T777GSM - formerly with Sunbeam Luxury Coaches of Hevingham, near Norwich. The coach still retains its former owner's embellishments. 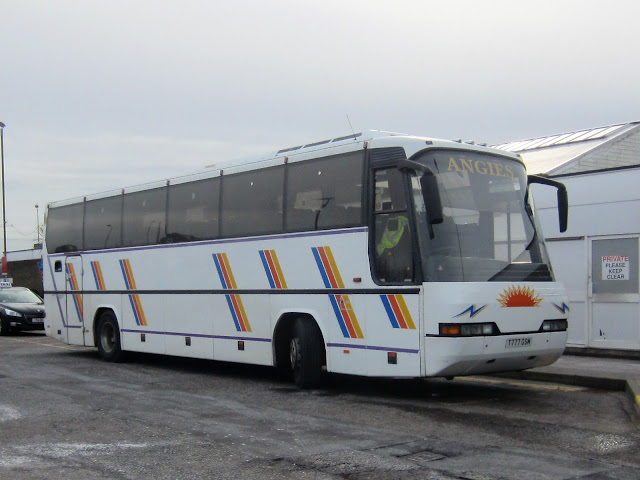 A surprising haul as I originally set out not expecting to see anything of interest!

Roy
Posted by eastnorfolkbus at 07:56