On its third day in service I succeeded in getting photos of the newly arrived Alexander Dennis E200MMC demonstrator currently on loan with BorderBus. Due to other commitments on the first couple of days I had been unable to, but yesterday I was determined to get my photo. I even left home really early just to ensure I got through the A47 Lowestoft Road roadworks in Gorleston in plenty of time. 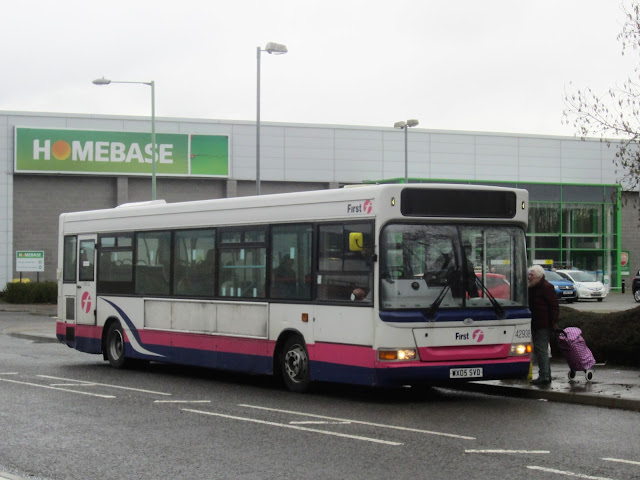 Arriving at the Morrisons' South Lowestoft store some thirty minutes early, I captured First's 42938 (WX05SVD) working the Kessingland bound 99 - pity, as I was expecting one of the trio of  ex First Berkshire Alexander Dennis Enviro200s! 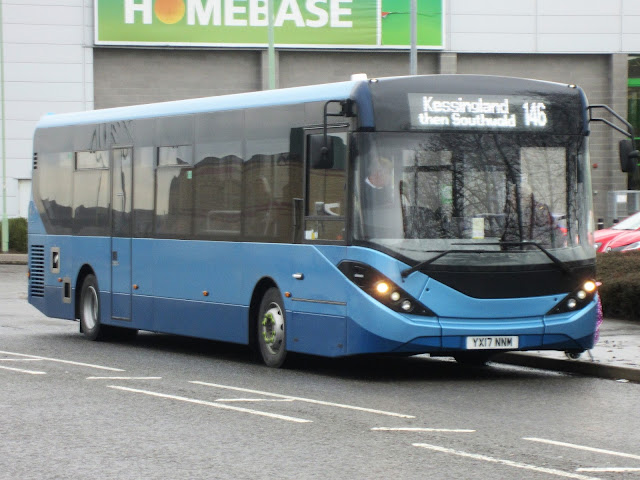 After a short visit to the store I took up my position on Tower Road and was concerned that it may have passed earlier. However, it turned up five minutes late and thanks to a passenger waiting for it I got photos of both the offside and nearside of the bus. 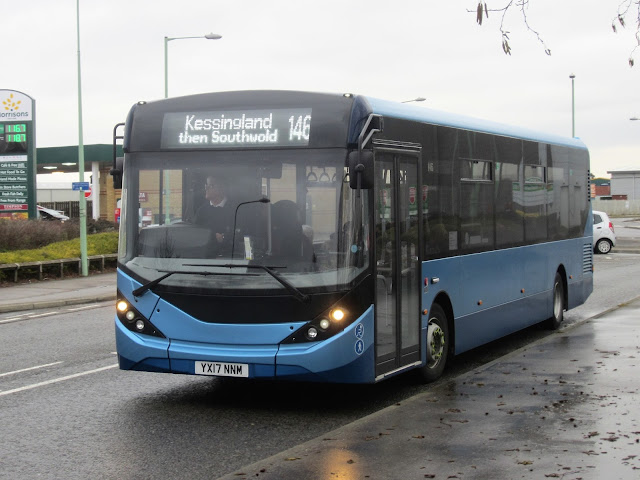 Not sure how good it was to ride but it did look impressive from the outside.

Roy
Posted by eastnorfolkbus at 10:37