After my return from a short break in the southwest, I have a number of post to catch up with and my latest is an update on First Norwich fleet. 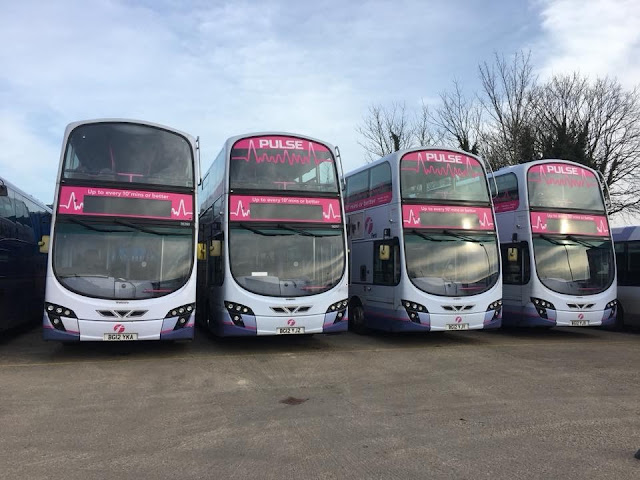 As you may have seen elsewhere, the second batch of Volvo B9TL's arrived at Roundtree Way yesterday from First Leeds. I understand that two of them are shortly to visit Simon Morris for a new style yellow line branding. The only bus to appear in service from Leeds so far is 36272 (BJ12YKE) which has seen use on the 24s and 13s this week. 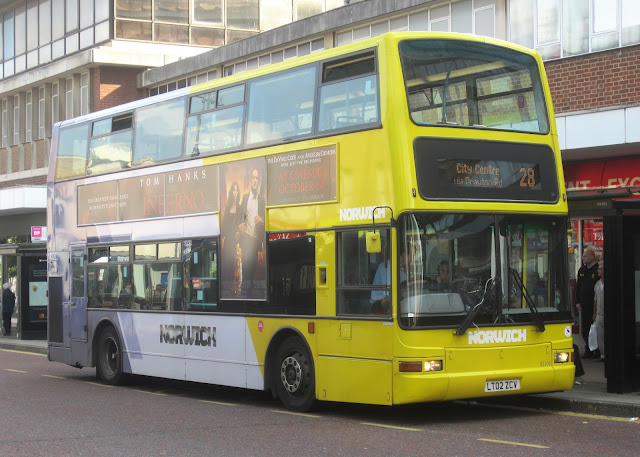 Current yellow line Volvo B7TLs 32105-7 (LT02ZCU-X) are shortly to receive new lilac front ends following their replacement on the 28 and X29 routes by five of the former Leeds B9TLs. This is part of an ongoing plan to upgrade all the routes one after another. This also means the yellow saloons will look different too with at least one probably having a lilac front end.

Turquoise line Trident 33167 (LR02LYF) has also made its way to Ipswich to receive the new plain livery with a lilac front, as seen elsewhere within First Group. Lilac buses are being allocated to workings which operate more than one route during the day or evening.

My thanks to my contact at First for the update and to Zak Nelson for the use of his photo.


Roy
Posted by eastnorfolkbus at 10:21