Yesterday afternoon I was told of the arrival from Sheffield of 37154 YN06URH at First's Caister Road depot. The Wright Eclipse Gemini bodied Volvo B7TL was new to First South Yorkshire in June 2006 and spent some time in Scotland having been transferred north during November 2009. It had subsequently returned to its native county. 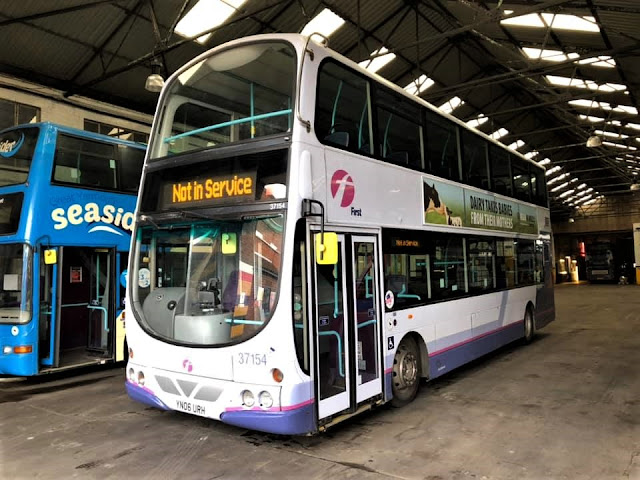 On the repairs front, Lowestoft's Volvo B9TL 37576 AU58EDC is in the workshops awaiting gearbox attention. Others in attendance include 37275 LK58EDJ (differential) and 30954 YJ51RDO.

Roy
Posted by eastnorfolkbus at 07:48