In addition to Wrights Coaches V25PTS, another member of the Tendring Coaches fleet was available for use. This was Plaxton bodied Dennis R AM52MXW which was new to the Ministry of Defence and latterly with Cooke of South Witham. 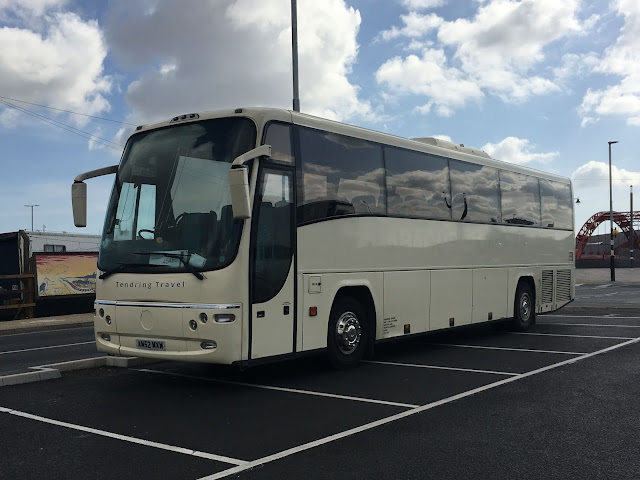 Meanwhile over in Lowestoft, Simon Bartram tells me that Ambassador Travel's Volvo B12M KIG8457 made an appearance on the 12:57 Lowestoft to Norwich service. 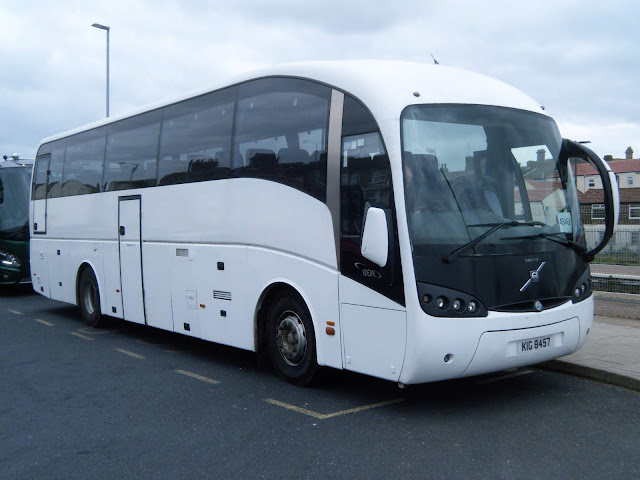 The only other vehicle of note here today was the use Galleon of Roydon's tri-axle VDL Futura HD DK65GAL. It was also used in service on the Norwich to Lowestoft route on Monday which is when the picture was taken. 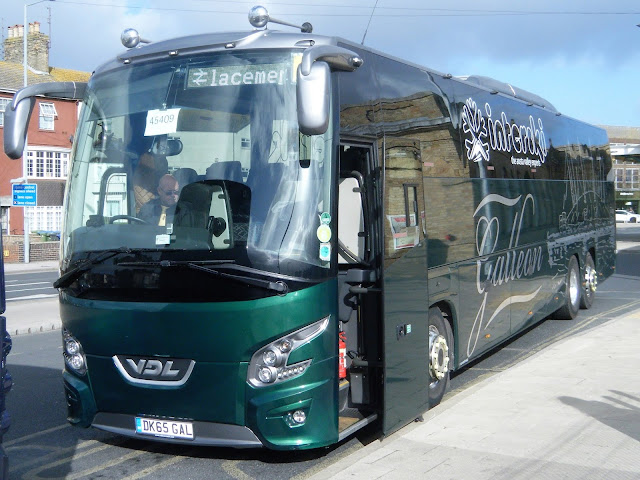 My thanks to Simon for the information and photos.

Roy
Posted by eastnorfolkbus at 17:17