I wondered into Worthing town centre this afternoon, via the sea front, with many sightings recorded in the latter area. On the way, whilst heading to Brighton Road, I glimpsed an unidentied Stagecoach London decker which I subsequently saw going through the bus wash at Worthing depot. 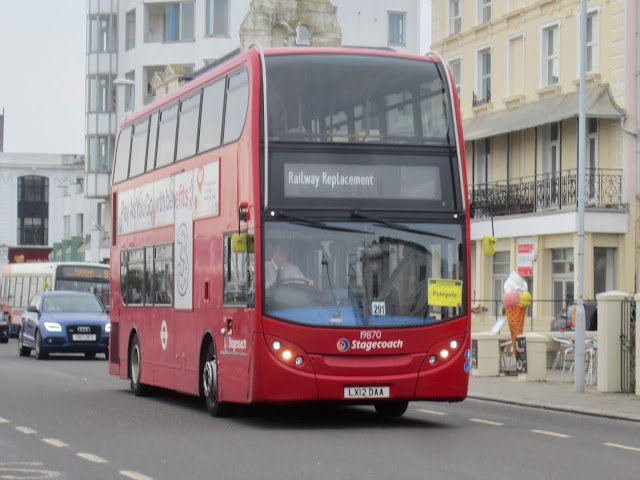 Almost immediately I saw another heading my way in the shape of Alexander Dennis Enviro400 19879 LX12DAA displaying Rail Replacement on its destination screen. This time the camera was at the ready and it also disappeared to the depot and went through the washer. Southern Rail are undertaking improvements in the Lewis area and hence the need for replacement services. 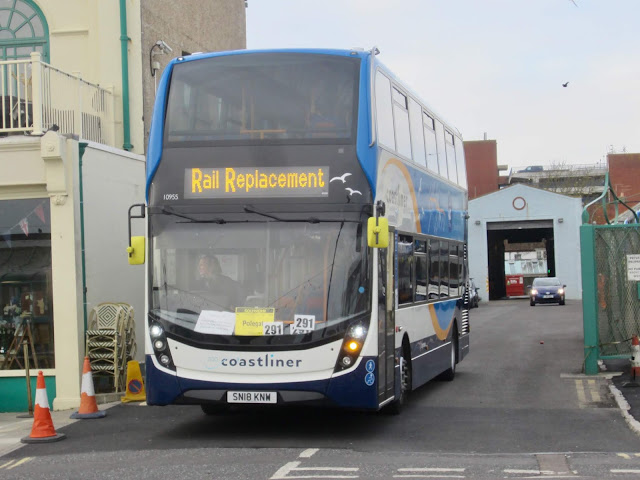 Parked up in the depot yard was a Stagecoach South Alexander Dennis Enviro400MMC due for Rail Replacement duties. It was 10955 SN18KNW normally in use on the 700 Coastliner and is pictured later leaving the depot to take up its next working. 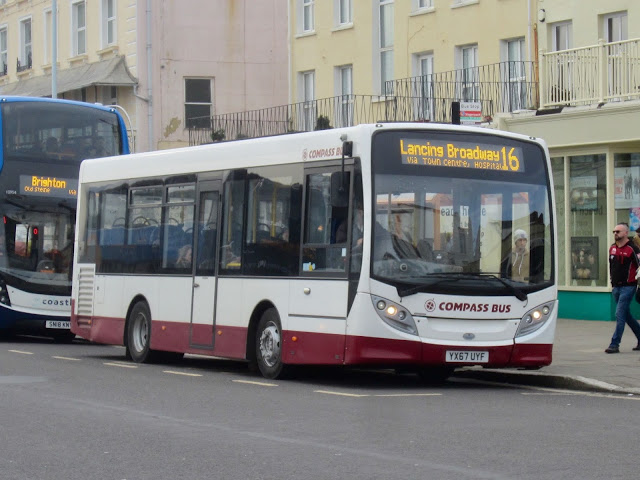 Compass Bus Alexander Dennis Enviro200 YX67UYF was being employed on the 16 route to Lancing Broadway which runs at hourly intervals from West Tarring. 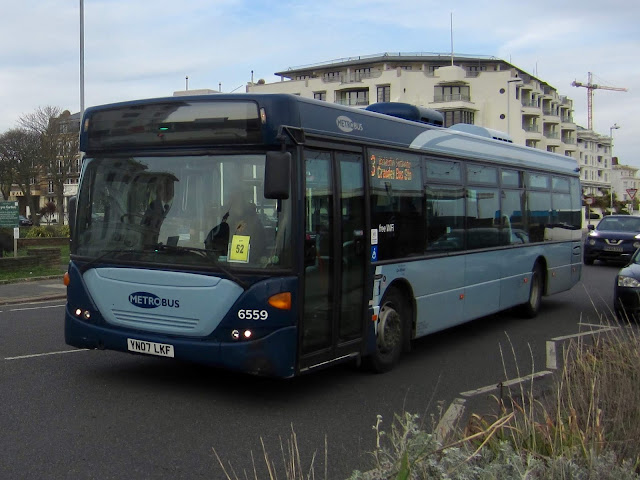 Also operating every hour is the Metrobus service to Crawley Bus Station and Scania OmniCity 6559 YN07LKF was working the 16:30 departure from Worthing Pier.

Roy
Posted by eastnorfolkbus at 21:10