'Reg Vardy' contacted me during yesterday evening to say that Peelings YXI 6327 was now in the safe hands of the Happisburgh Touring Society Preservation Group. 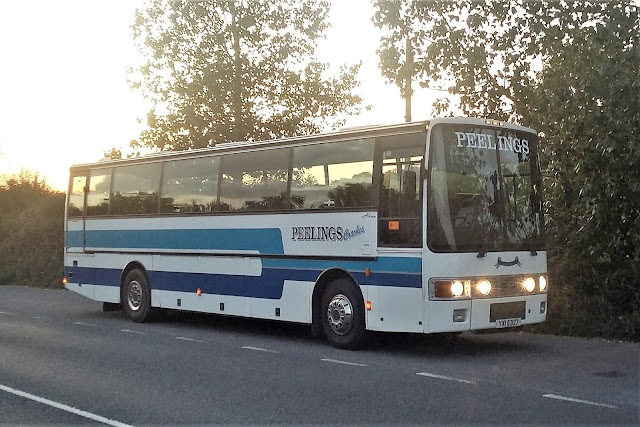 YXI 6327 is a Volvo B10M fitted with a Van Hool Alizee coach body. It was originally registered F741ENE when new to Smith Shearings in December 1988 as their 741

It is due to visit this year's Showbus next month where it is to be officially named. My thanks to Reg for the information and photo.

Roy
Posted by eastnorfolkbus at 10:17