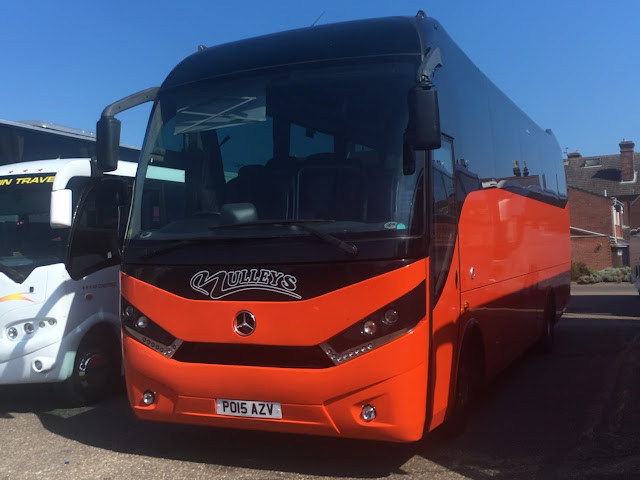 A comparatively 'local' arrival was that of Mulleys UNVI bodied Mercedes Benz PO15AZV which was acquired from Watts Coaches of Bonvilston in March this year. 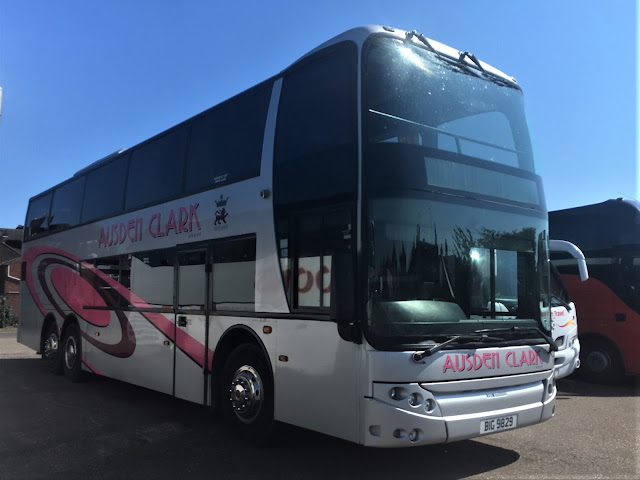 A couple of double deck coaches were in attendance including Ausden Clarke's BIG9829, a Scania K114EB6X2 /Berkhof Axial 100. It was new with Thomas of Clydach Vale in 1993 as their K330YDW 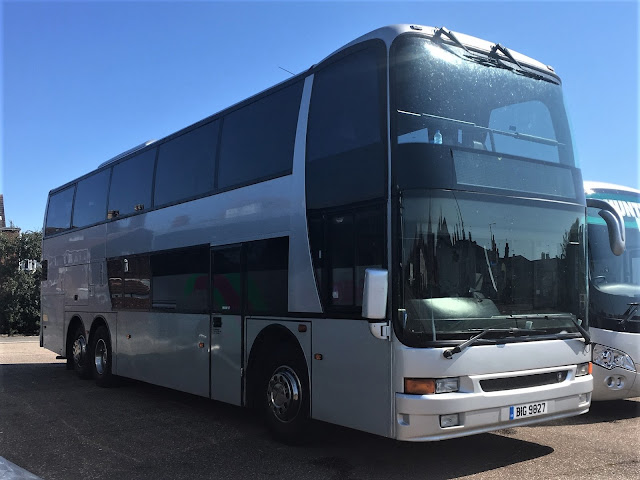 The second one was similar BIG9827 now owned by Belgrave Car and Commercial which was another Scania K114EB6/ Berkof new to The Kings Ferry and formerly with Ausden Clark. 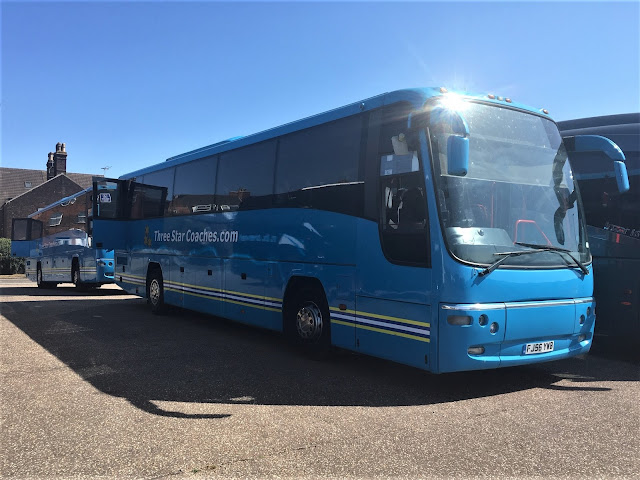 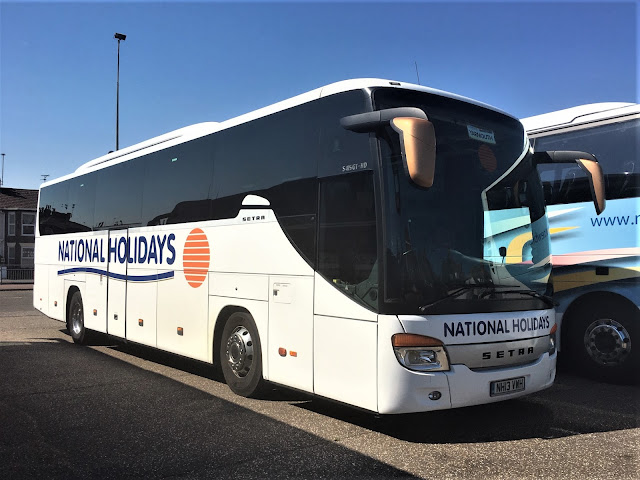 Roy
Posted by eastnorfolkbus at 10:54