As you may have seen from our post dated 2nd June 2019 (Angies' Four), Lowestoft operator Angies Travel has recently acquired Neoplan Y137HWE. It was new to Stolzenburg (Llynfi Coaches) in July 2001. 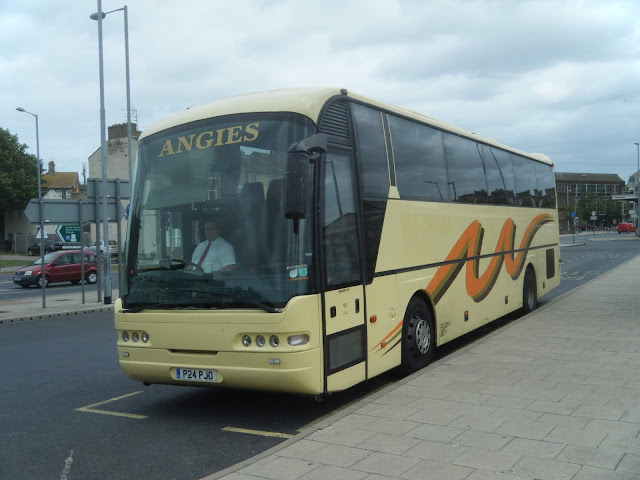 Later in the month it was re registered P24PJO and Simon Bartram saw it on Sunday at Lowestoft Railway Station with its new plate. My thanks to Simon for the photo.

Roy
Posted by eastnorfolkbus at 14:42