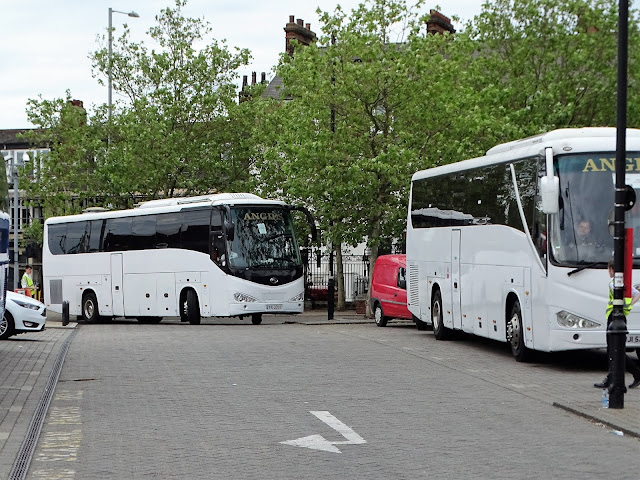 'Reg Vardy' was on hand to record the situation with the first photo showing their two King Longs, WJI5242 and TIG3393, awaiting their next duty 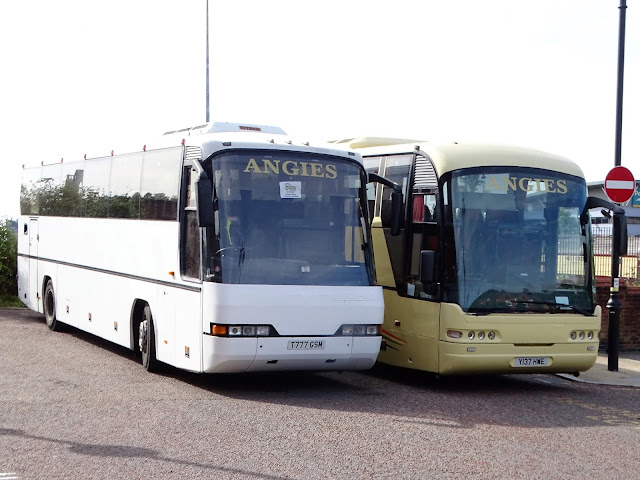 The other two involved were MAN T777GSM, with its former owners branding now removed, and recent newcomer Neoplan Y137HWE. The latter was new to Stolzenburg (Llynfi Coaches) in July 2001, passing to Williams Coaches of Brecon in May 2008.

My thanks to 'Reg' for the photos

Roy
Posted by eastnorfolkbus at 20:17