Our second day in Toronto allowed some spare time for exploration after a visit to the CN Tower which was conveniently located next to the railway museum. Some locomotives were exhibited outside including Canadian National Railways steam loco No 6213 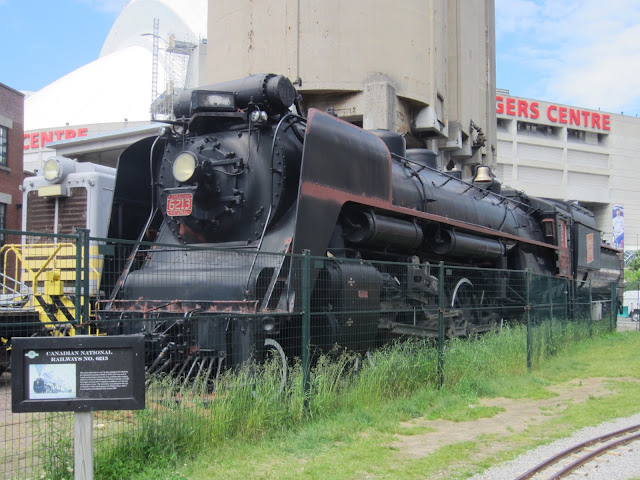 The leisure time also provided the opportunity for some photos and of particular interest was the impressive Toronto streetcar system. A network of ten routes are operated and further details of the history of the system can be seen HERE 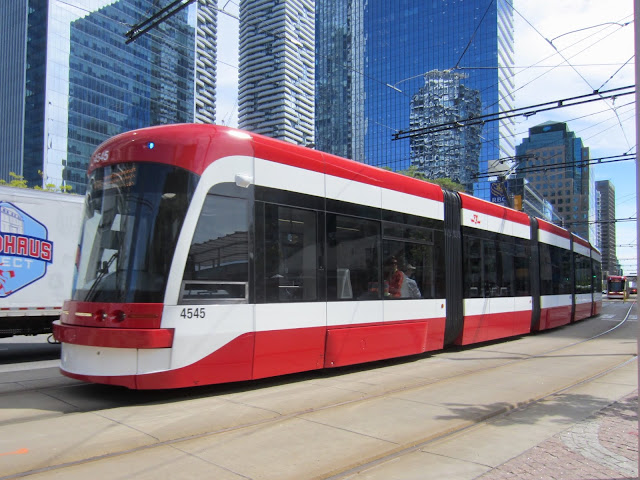 There is also the Go Transit system which provides commuter services linking towns across the greater Toronto network. Plus the inevitable Greyhound which in this case is no. 6281 an MCI 102-DL3 coach built and delivered in 1999 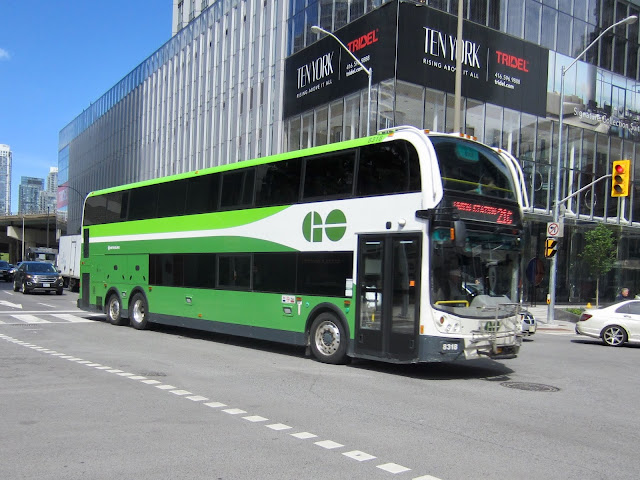 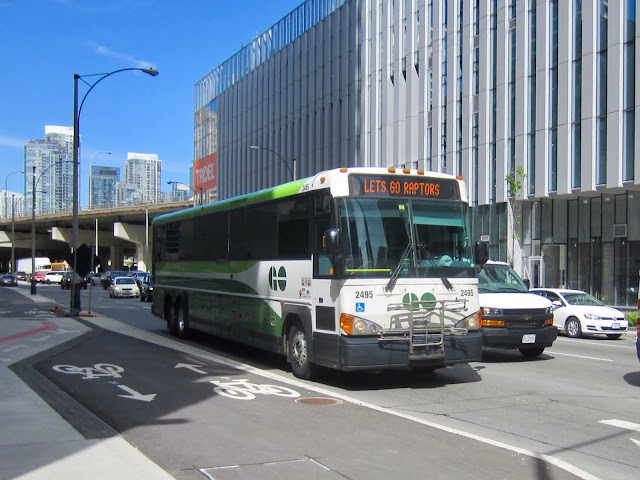 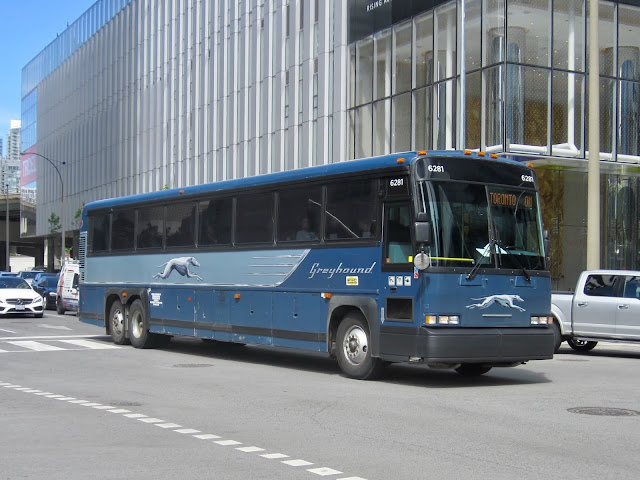 Roy
Posted by eastnorfolkbus at 01:12