We arrived in Montreal earlier today with very a french influence being felt with street names in french. However, a piece of England was present in the shape of two former London Transport AEC Routemasters converted to open toppers. NML642E and NML639E are both operated by Gray Line. 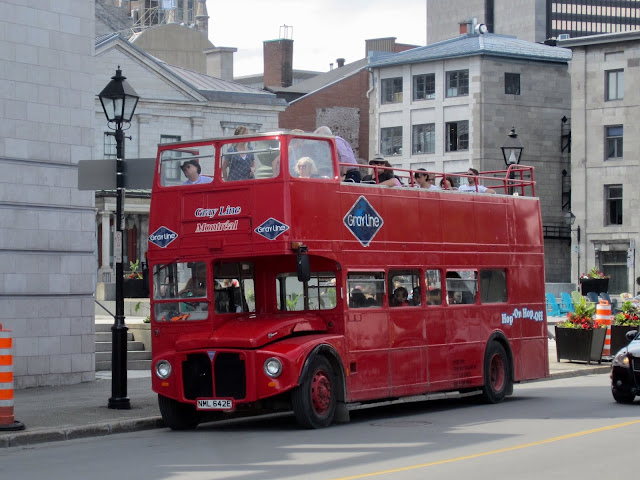 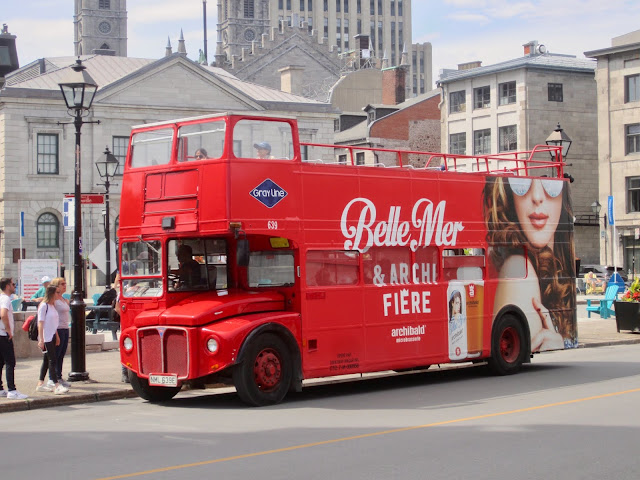 Whilst heading to the river front I crossed a railway line and thought it would be great to get a photo of a train travelling along the line. On our return we heard a train horn followed by the sighting of bright headlights and, yes, I did get a photo of two Canadian National Railways GP40-2LW 9515 and GO9RM 7229 diesels hauling a short freight train. 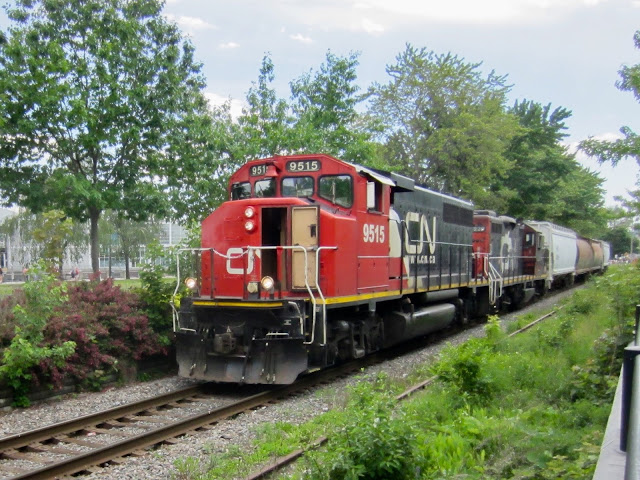 Roy
Posted by eastnorfolkbus at 23:45