This is the first of (hopefully!) many reports from Canada and today we concentrate on London, Ontario where I am spending a week with my cousin, 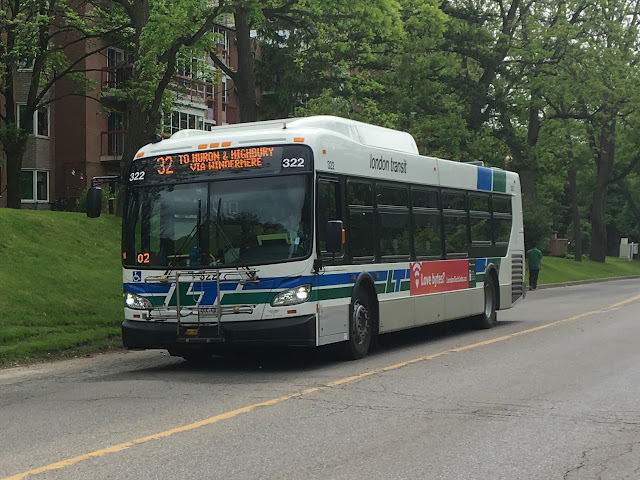 The London Transit Commission (LTC) is responsible for the operation of the public transit in the area and has 39 regular bus routes, 3 express routes and 3 community bus routes. 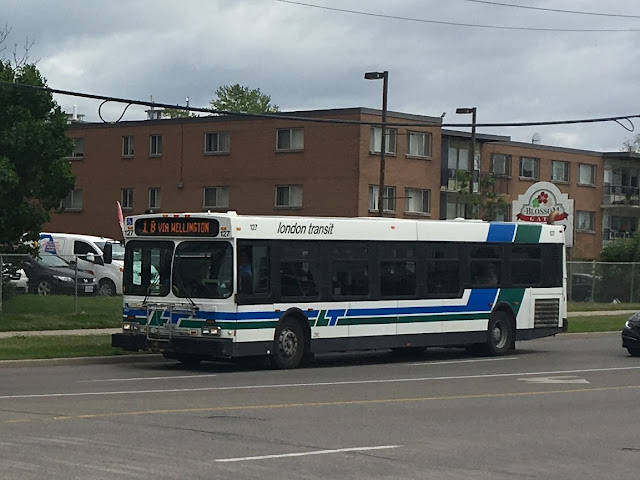 The LTC has almost 200 transit buses in its fleet and they are all low floor accessible. During weekday peak periods there are more than 150 buses on the road which reduces to fewer than 50 on Sunday’s. 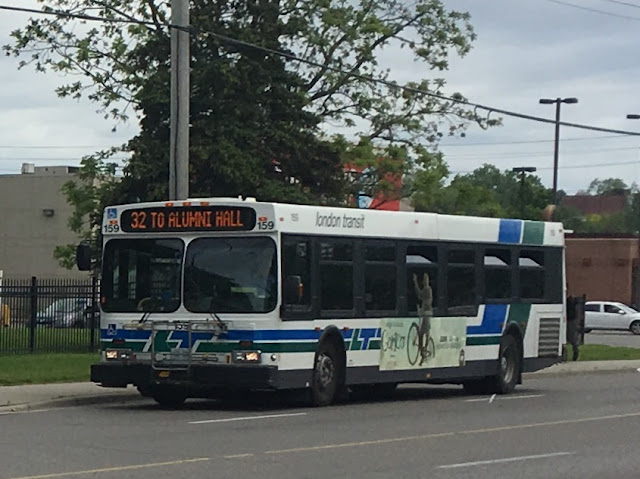 The fleet is very much standardised with all buses manufactured by NFI (New Flyer Industries) a North American bus manufacturer headquartered in Winnipeg. 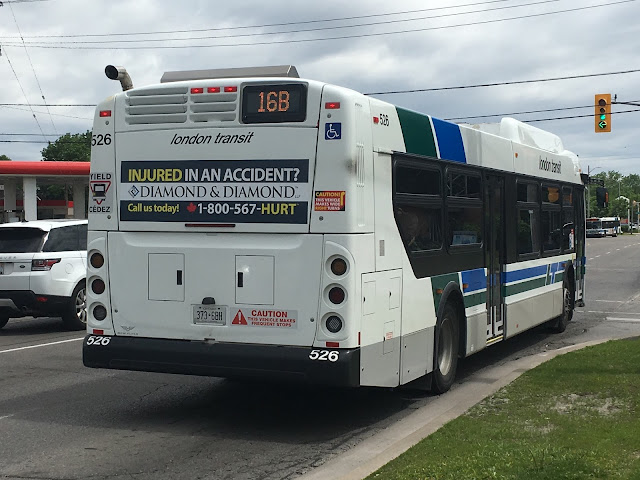 All photos are taken on Sunday 9th June
Posted by eastnorfolkbus at 11:33