Of the four coaches present at Great Yarmouth's Beach Coach Station earlier today two of them were from Hull based Acklam Coaches and both were Volvo B9Rs. Plaxton Panther bodied ACZ 6694 was new to Logan of Dunley of North Ireland as YN13 GXO. Plaxton Elite PA63 ACK was formerly YH63 JUT 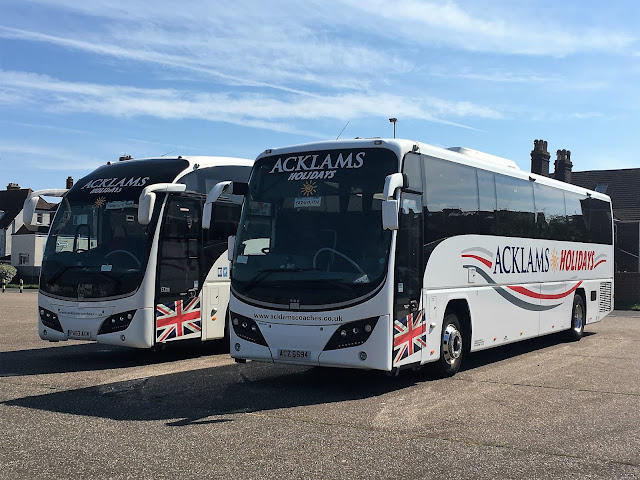 The third visitor was Forest Travel's FJ07 ABX based in Nottingham. The friendly driver told me the Jonckheere Mistral bodied Volvo B12B was acquired from Brent Thomas of Tonypandy. It was new to the Welsh operator in May 2007 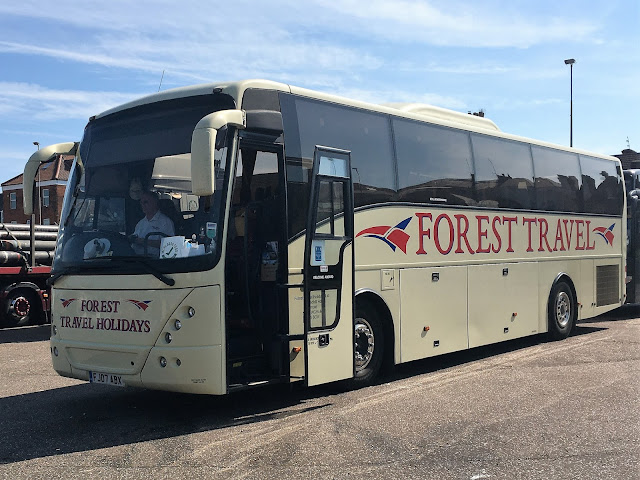 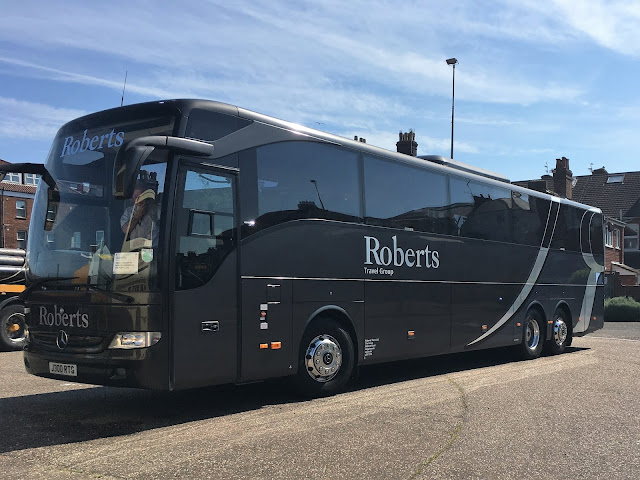 Roy
Posted by eastnorfolkbus at 12:46