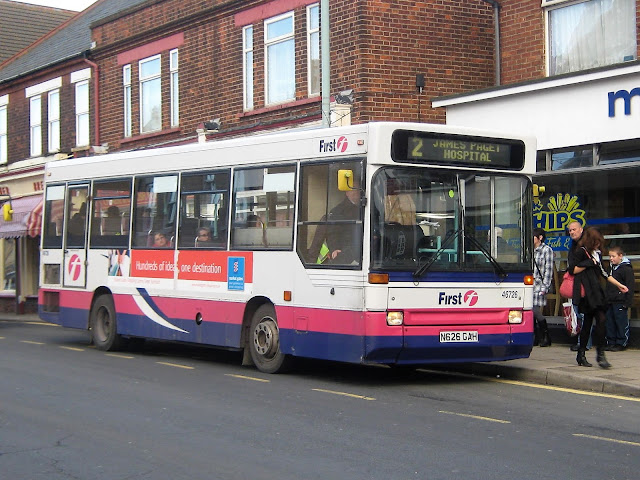 The first photo is at the latter on 1st March and features Plaxton Pointer bodied Dart 47626 N626 GAH. I later posted a photo of this on the blog and Jim Long commented 'Well all that batch came from Ipswich after being used on the then Superoute 66. They were all painted into the Anglia livery, so called by the chief who was in charge back then and all had 'Rail Link' on them too' 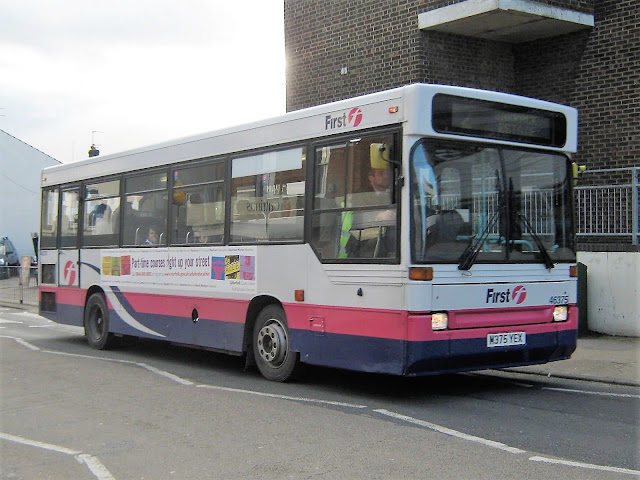 Our next subject is another First Eastern Counties Dart in the shape of 46375 M375 YEX in Gorleston High Street on the same date. It was new in January 1995 and met its end in February 2011 when it was collected from Caister Road by Erith Commercials for scrapping 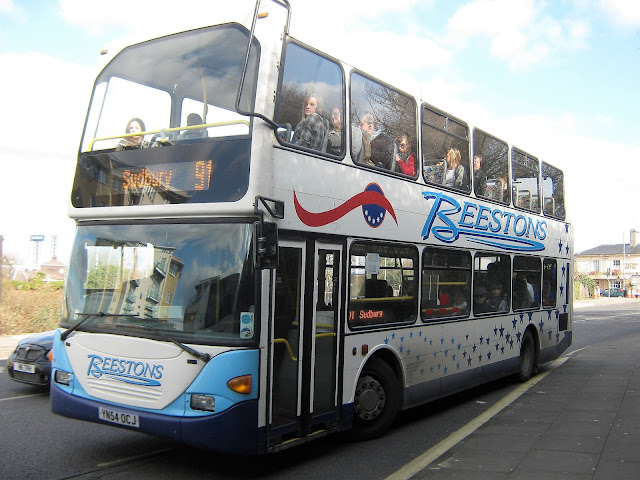 Ipswich is our next location where Beestons YN54 OCJ is seen on Raleigh Road on 6th of the month heading to Sudbury on the 91 route. The East Lancs OmniDekka bodied Scania N94UD was formerly used as a Scania demonstrator 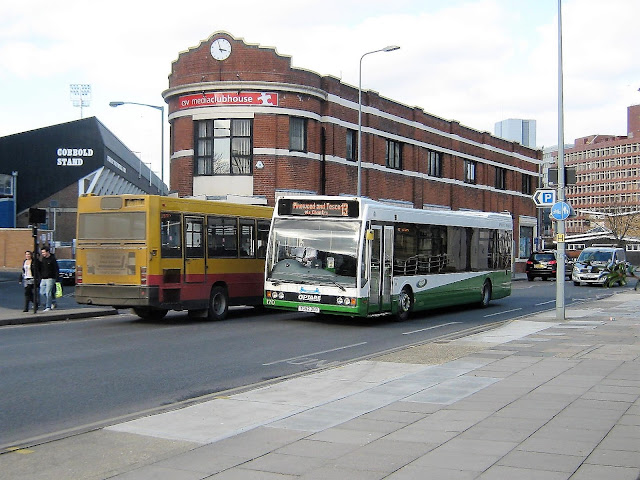