First visit to Norwich for a while with the camera, a bit of a let down due to the weather and winter sun not helping but i managed a few and grabbed both of Sanders new deckers which was a bonus! 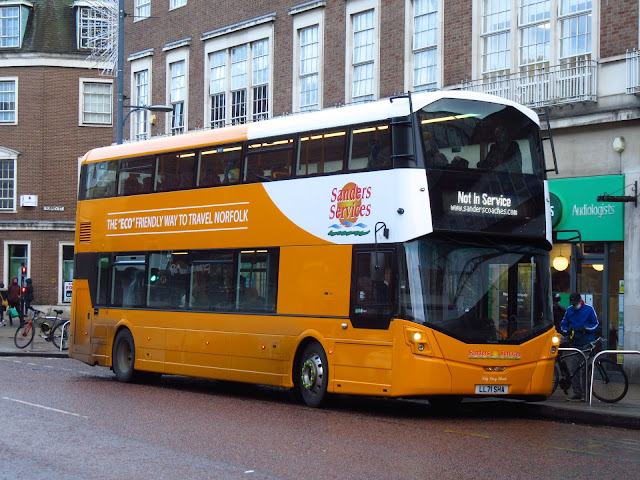 LL71SHA is one of two new Volvo B5TL/Wright for Sanders, the other being SA71SAN, both were working the X44 service between Norwich and Sheringham today. 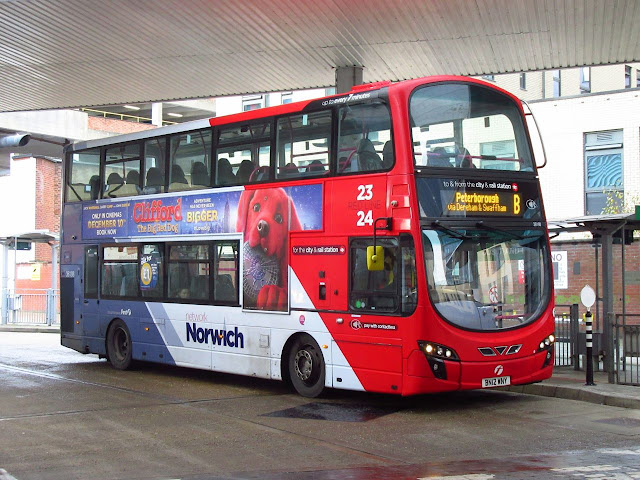 Red Line liveried Volvo B9TL 36198 BN12WNY was noted in the Bus Station working Excel service B to Peterborough, its journey was cut short and only went as far as Kings Lynn. 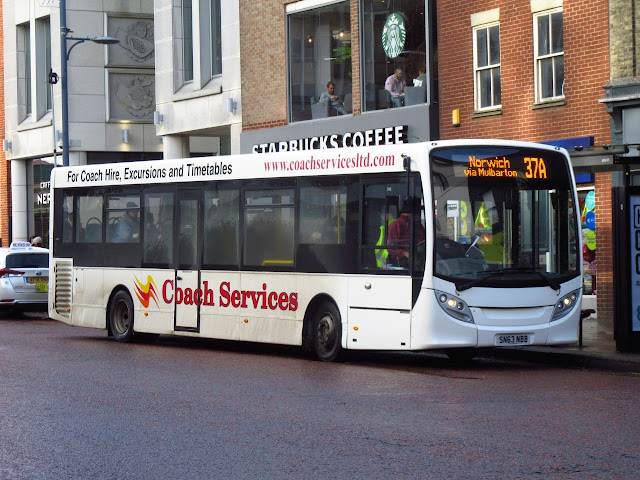 Coach Services of Thetford had Enviro 200 SN63NBB working the 37A service another which had eluded me on previous trips. 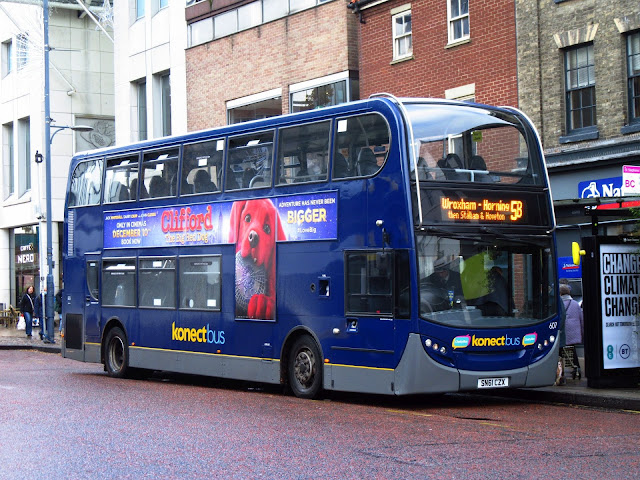 Konectbus ADL Enviro 400 SN61CZX was working the 5B to Wroxham and like many vehicles in the city is carrying a large red dog on the side for Christmas!
Grahame.
Posted by Norfolkbus at 14:32