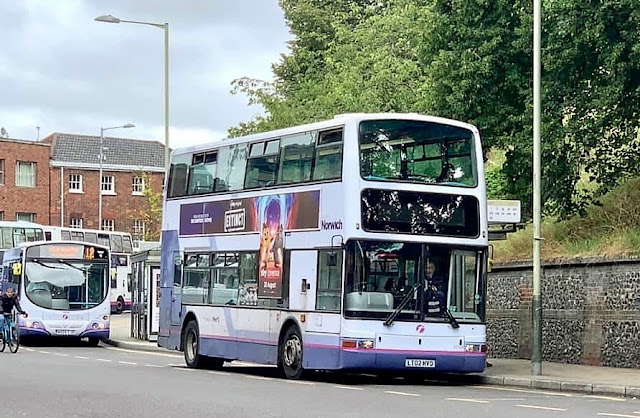 They are 33126 LT02 NVO and 33248 LT52 WVA and their next journey is likely to be to the scrapyard. 33248 came to Eastern Counties from Centrewest where it was new in December 2002. 33126 was also new to Centrewest in April 2002 and later saw use in the Sheffield area. It then came on long term loan to Norwich which turned out to be permanent 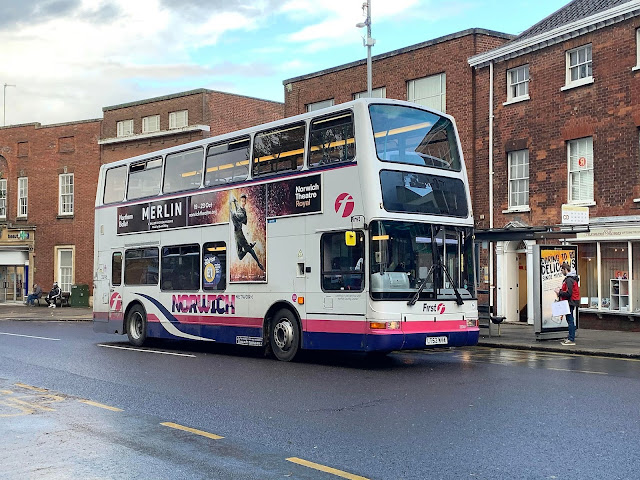 My thanks to First Norwich for the information and to LiamS for the photos
Roy
Posted by eastnorfolkbus at 11:52