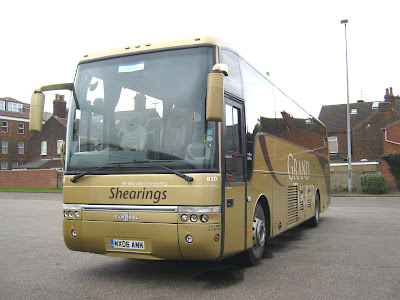 Another Wednesday at Beach Coach Station which saw nine coaches on site.

Apologies for the gloomy pictures as it was a typical April day - overcast and full of showers!

The Shearings Group accounted for three of them; Shearings Volvo B12M 810 (MX06AMK) was parked on its own and was wearing Grand Tourer colours. 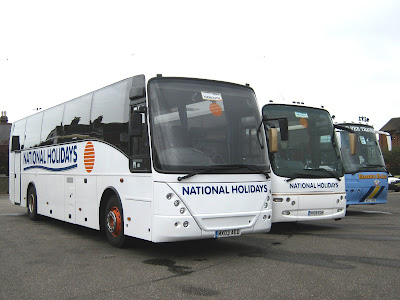 These were side by side with Gee-Vee Travel's Bova KEZ7425. 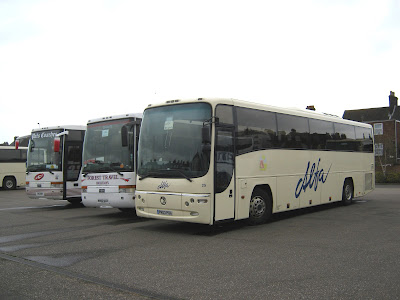 Making up the numbers was David Urquhart's Mercedes FP5992.
Posted by eastnorfolkbus at 20:00