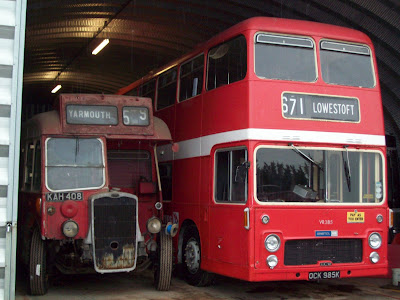 LL408, built in 1948, is a Bristol L5G with Eastern Coach Works bodywork and is shown here about to emerge from storage parked next to OCK985K 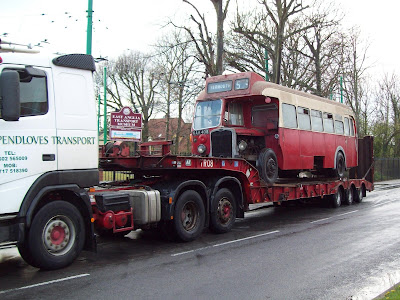 The next photo shows 408 on a trailer outside the museum awaiting the loading of a spare engine.

The bus joined the museum in the early 1970's having been donated by a Norwich school.

Later in that decade it was repainted  but has never returned to use having been stored away from the museum
for a number of years. 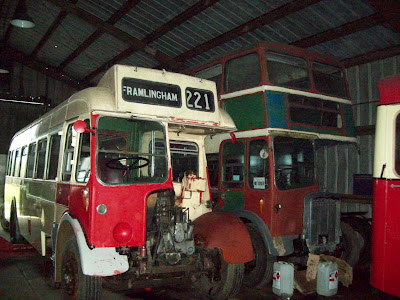 The LL will be in good company as there are also two other former ECOC vehicles at the Northamptonshire premises.

My thanks goes to Tim Major at the EATM for both the information and the pictures. All photos are copyright Tim Major
Posted by eastnorfolkbus at 19:19