The East Anglia Transport Museum, based at Carlton Coleville near Lowestoft, is currently working on the restoration of two former Great Yarmouth buses. One very old one and one not so old!

Regular contributor Tim Major (from the museum) takes up the story:-

The first vehicle is former Great Yarmouth Corporation No.4 a Guy BB of 1924  with United body, the forerunner of the Eastern Coachworks. 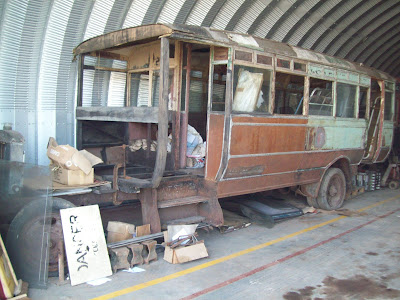 Withdrawn in 1936 it was sold for scrap in 1937. The vehicle subsequently passed into preservation some time ago and was stored undercover for many years until it joined the museum collection in 2009.

As can be seen from the photographs the vehicle will require extensive and expensive restoration, fortunately the vehicle is mechanically quite complete although some components will need re-engineering. 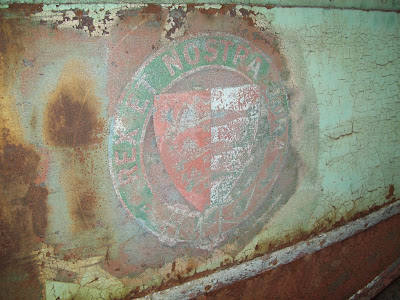 The vehicle has crazed paintwork which reveals the original crimson and cream livery and details of the gold lining. The corporation crests are still visible on either side, the name of the Transport Manager (from 1930 onwards) H A Blackburn can still be made out, and on the back panel the fleet number 4 is just visible. 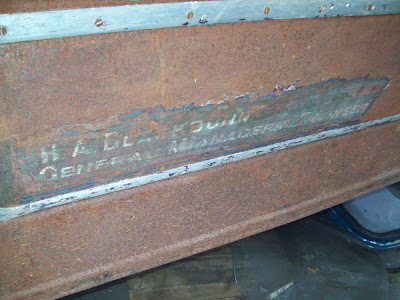 Restoration of the vehicle will take a considerable time and will be costly and plans of how this can be moved forward have yet to be drawn up. 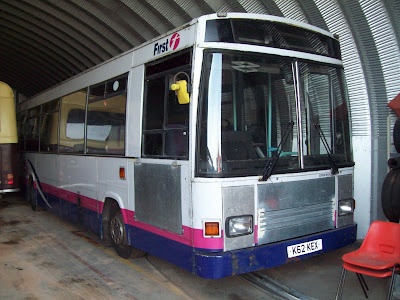 The final photo shows Dennis Dart 62 (K62KEX), the last vehicle to ordered by the Corporation which awaits repainting into Great Yarmouth Transport livery. The museum acquired the vehicle from First Eastern Counties following withdrawal in 2009.

I am very grateful to Tim for his report and accompanying photographs.
Posted by eastnorfolkbus at 20:00