A flying visit to Great Yarmouth early yesterday afternoon brought with it some photo opportunities. 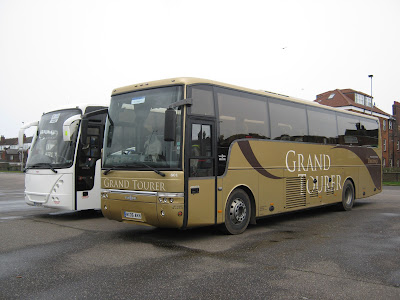 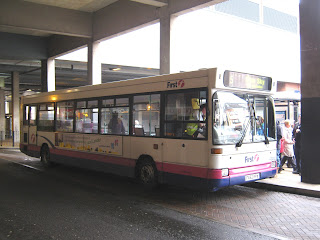 First Eastern Counties Dart 43452 (P452RPW) made a few appearances in Market Gates during the afternoon.

A recent transfer from Norwich, 43452 is pictured at Market Gates ready to work the 14:45 to Bradwell Blue Sky.

Minutes earlier Reynolds of Caister's Mercedes BU04FAJ was seen parked up at the bus station following the completion of a schools contract.
Posted by eastnorfolkbus at 07:30