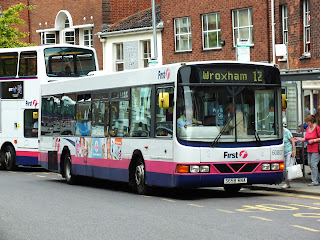 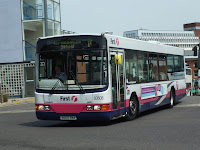 Friday was also the the day that Grahame Bessey paid a further visit to Norwich.

During his time there he saw both of the First Volvo B10BLEs transferred in from Great Yarmouth during the early part of the week. 60807 (left) was about to leave Castle Meadow for Wroxham on the 12 , whilst sister 60808 (right) was noted departing the bus station on service 14 for Silfield. 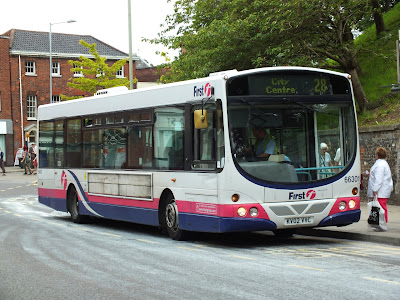 Grahame also reports that all moves between First Norwich and First Northampton have now been completed.

One of Northampton's former Volvo B7L/ Wright Eclipses was noted in service in Castle Meadow. 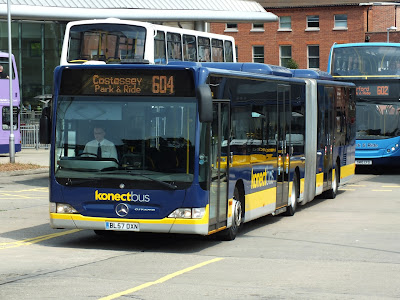 The bendybus was formerly with London General as their MAL111.

Many thanks to Grahame for sharing his photos with us
Posted by eastnorfolkbus at 10:37