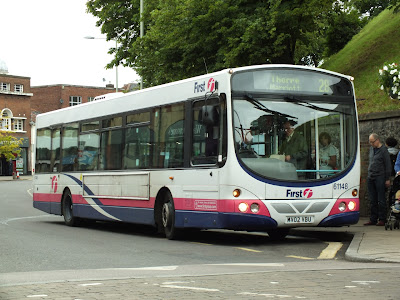 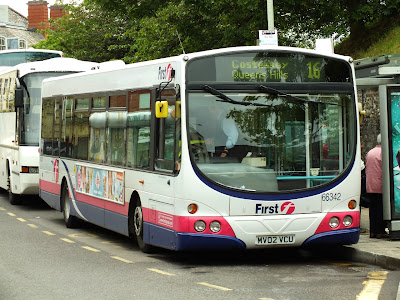 A third example was noted by Grahame at Norwich Bus Station off Surrey Street - 66336 (MV02VCC) was the vehicle in question. 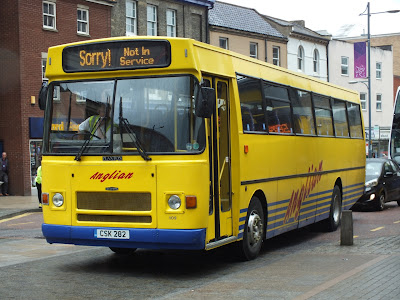 The Javelin previously carried the registration J127LHC and took the cherished plate on the demise of a Mercedes Benz O303.

CSK282 is pictured on St Stephen's Street not in service - presumably it had worked a schools duty. 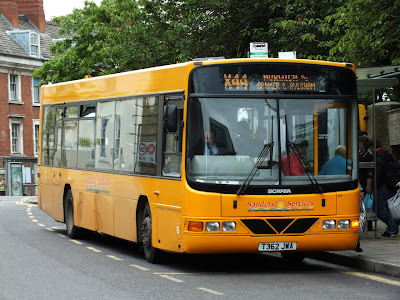 Numbered 311 in the Sanders fleet, it seen in Castle Meadow on the X44 from the North Norfolk coast.

My thanks to Grahame Bessey for providing the good quality photos.
Posted by eastnorfolkbus at 10:04