Today was the last day for the Konectbus 7 service between Great Yarmouth and Norwich. It began in late July last year as replacement for the Anglianbus 7 with the timetable being revised only some three months later.

So a visit to Great Yarmouth town centre was in order to record some of the last day of workings of the especially adapted green fronted Park & Ride liveried ADL Enviro400 bodied Dennis Tridents.

However, all did not go to plan as the 13:05 arrival in Market Gates from Norwich Bus Station didn't have any green on it at all! In fact it was worked by Konectbus blue and yellow liveried 602 SN10CFF! 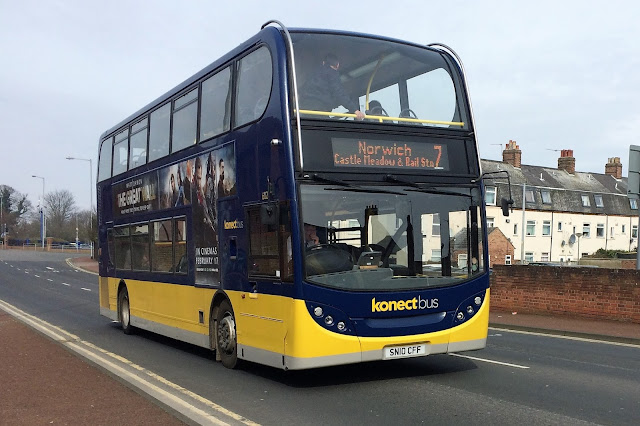 Further workings did produce the usual suspects though including 638 SN65OAX below on the 14:10 from the fine city. The liveries have now been refined further for the Series 5 relaunch of the city routes serving Yarmouth Road from tomorrow 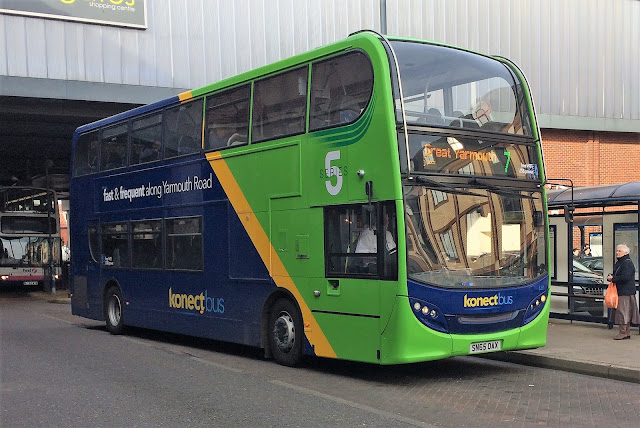 Other interesting appearances included Anglianbus Scania OmniDekka 554 YN55PZC on the 61 to Barrack Estate and Reynolds Coaches Volvo B7R Plaxton Profile AW53GAU. In addition, Stand A produced Our Hire Optare Solo MX58AAY on the 730 to Cantley plus Sanders Coaches former Wright Pulsar bodied DAF demonstrator YJ59AZN on the 6 to North Walsham 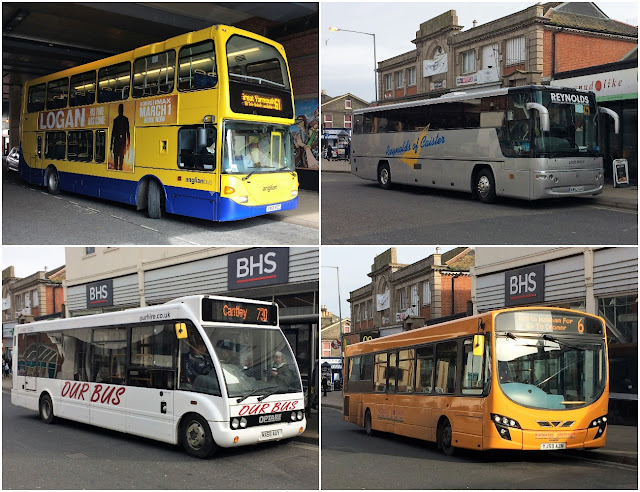 The cessation of the Konectbus 7 services means that First now has the Norwich to Great Yarmouth corridor to itself.

Roy
Posted by eastnorfolkbus at 22:29