A few observations during a visit to a gloomy Gorleston High Street during yesterday afternoon. The first is Lowestoft's Volvo B9 36215 BJ12VWX which was employed on an X11 service from Belton to Norwich. Not sure if this is unusual or not as it could be part of its day's interworking schedule with the X1 prior to returning to its home depot. 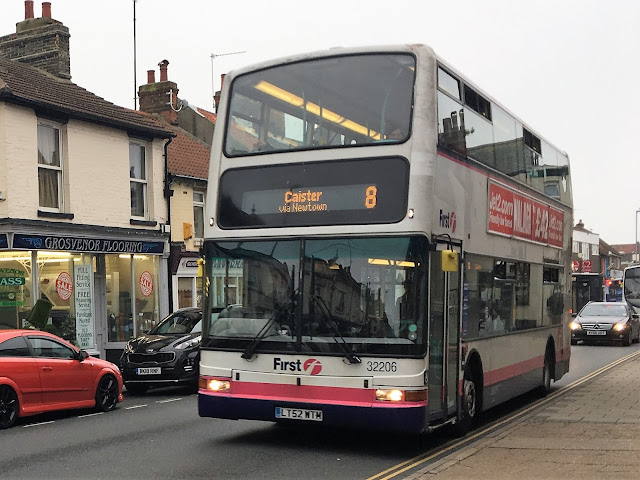 The next is of Plaxton President bodied Volvo B7TL 32206 LT52WTM which has subsequently returned to service following an engine replacement. It had been off the road since June and the last I heard was that it was due to return during September. 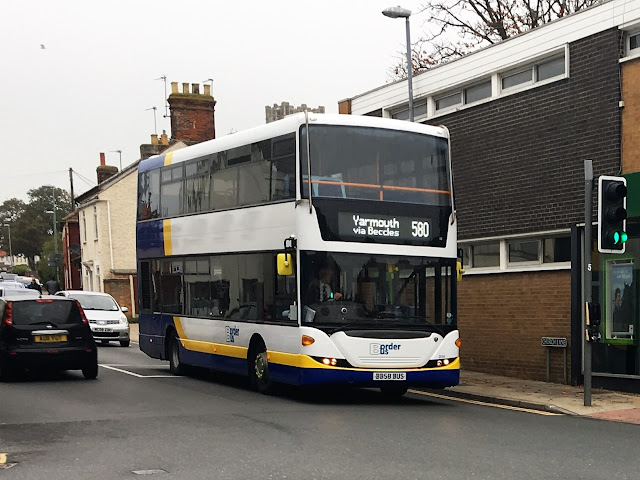 BorderBus regularly uses a decker on its 14:16 Bungay to Great Yarmouth 580 service and yesterday freshly painted Scania OmniCity 208 BB58BUS did the honours.

Roy
Posted by eastnorfolkbus at 10:05