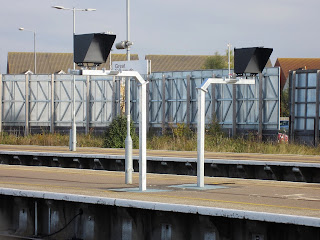 Today it's the turn of Great Yarmouth for observations of rail replacement bus services whilst re-signalling work continues on Greater Anglia's Wherry Line.

The work began early on Saturday morning (20th October 2018) and is expected to last until the end of this weekend. The lines between Norwich and Great Yamouth/Lowestoft are all closed throughout the period with track alterations at Reedham continuing to affect train services into next year

I was in position to record the departure of two Belle Coaches substituting for the 10:17 to Norwich with Volvo B10M OJI 4755 leading Mercedes Benz Tourismo BF62JZR on their journey to the city. 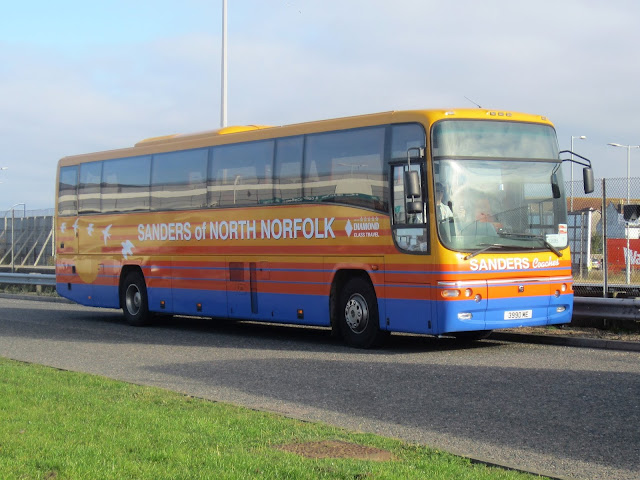 The 10:36 departure from Norwich arrived with Sanders Coaches' Volvo B12M 3990ME in charge which was later pictured on the Asda service road behind the station. 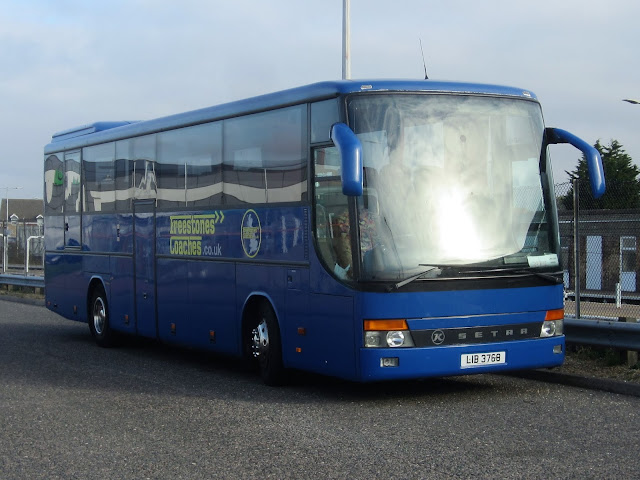 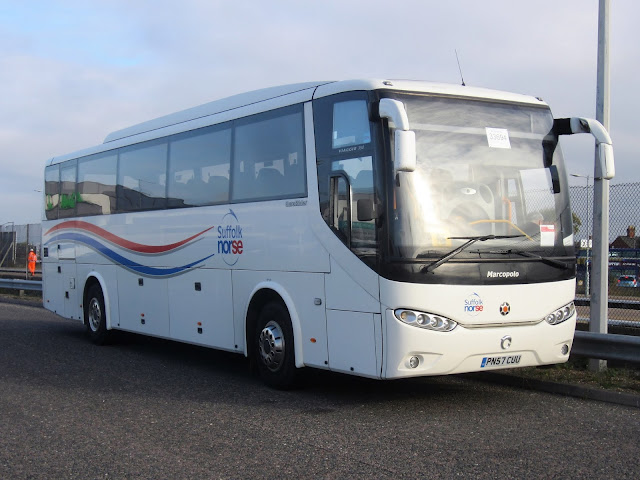 Finally, Suffolk Norse Irisbus Eurorider Marcopolo PN57CUU was employed on the 11:17 departure from Great Yarmouth Station. It was also earlier parked on the Asda service road.

Roy
Posted by eastnorfolkbus at 22:08