As expected, two First Essex Scanias arrived at Great Yarmouth’s Caister Road depot earlier today but they were not the two we were led to believe were coming! 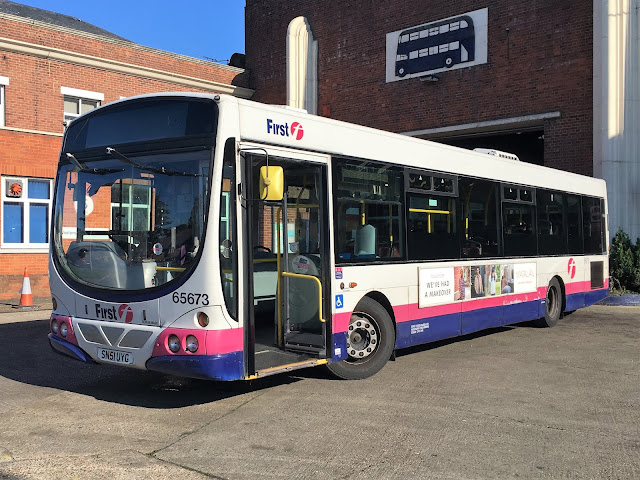 65673 SN51UYG arrived instead of 65672 and the former is seen enjoying the sunshine at Caister Road around lunchtime today. 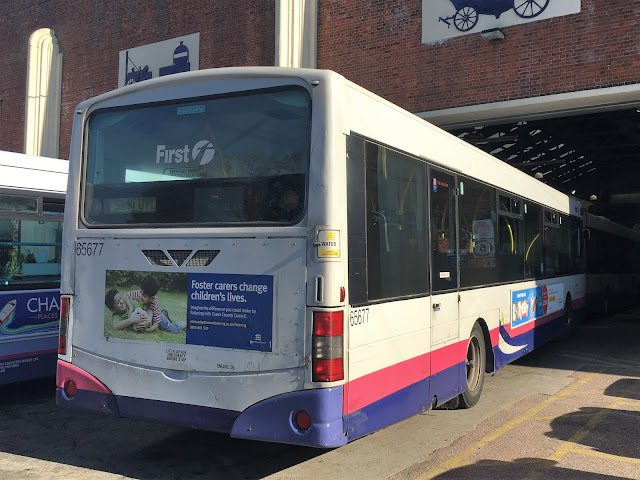 However, one out of two aint that bad! Apparently 65672 broke down on Friday in Clacton and that’s why 65673 arrived instead.

Roy
Posted by eastnorfolkbus at 15:47