Regular blog visitors will probably note that it's been a little quiet on here lately - there's a good reason for that as I have been on a short break down on the south coast. Whilst there, a visit to Brighton was in order last Wednesday (21st) and naturally some photos were taken. 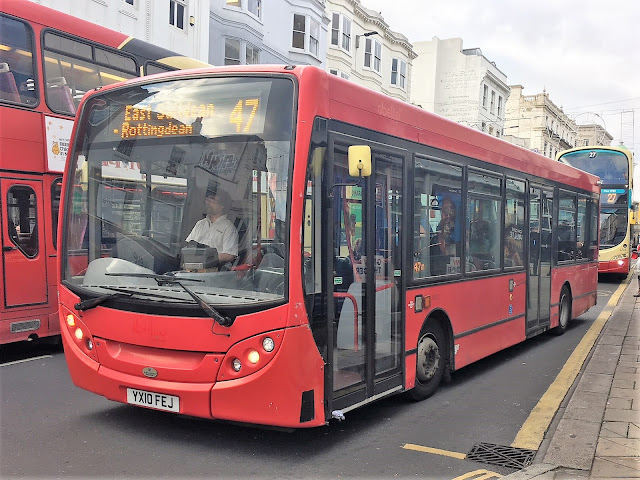 The first shows Big Lemon ADL Enviro200 YX10FEJ on the 47 to East Saltdean, though not in in the traditional Big Lemon colours as it still wears its Abello London red. 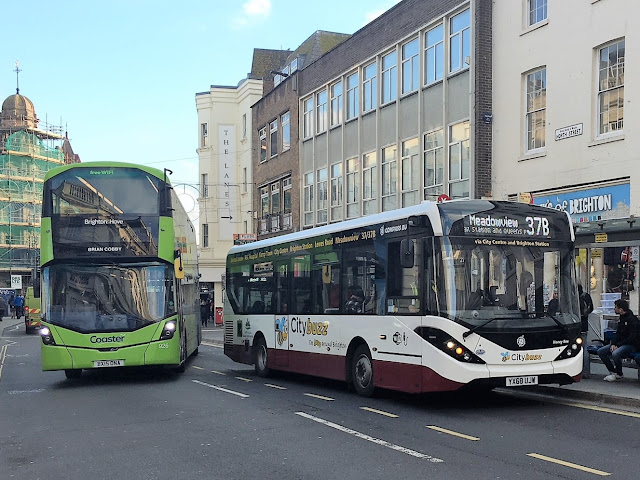 Since our last visit, Compass Bus has secured a contract to operate the Brighton & Hove tendered 37/B service. Four new Citybuzz branded Dennis Enviro200 MMCs have been purchased for the work and seen in North Street was 4303 YX68UJW which has been named Honey Bee. It is being passed by Brighton & Hove Wright StreetDeck 926 BX15ONA. 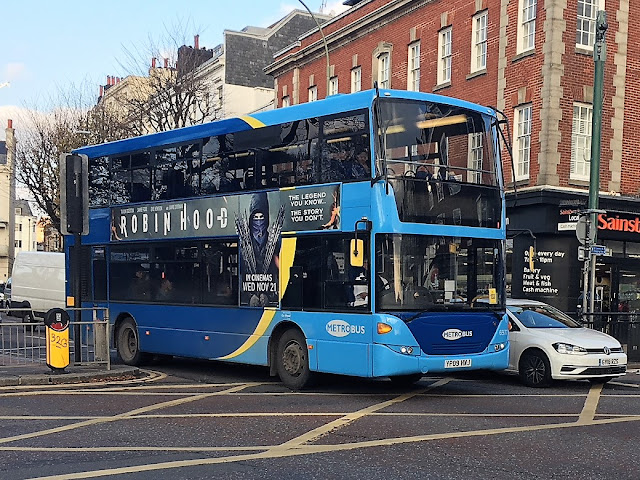 The other major operator in the area is Metrobus and its Scania N270UD OmniCity 6977 YP09HWJ is nearing its journeys end passing Steine Gardens. It was previously Brighton & Hove's 722. 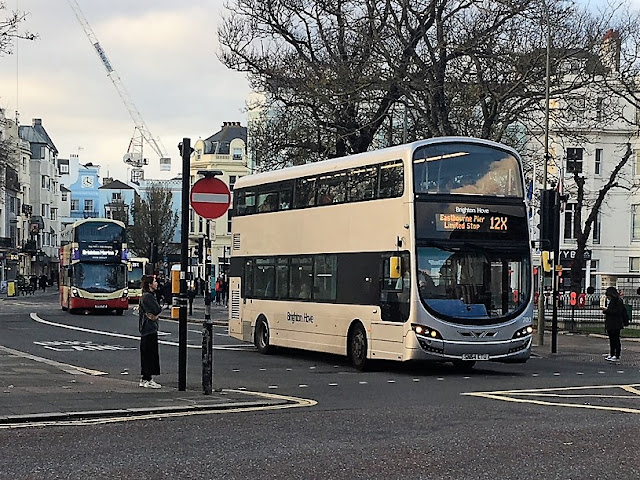 Brighton & Hove (B&H) are currently using well travelled Wright StreetDeck Demonstrator 703 SN64CTU. It is currently enjoying its second stint with the operator and is covering for warranty work on similar vehicles in the B & H fleet. 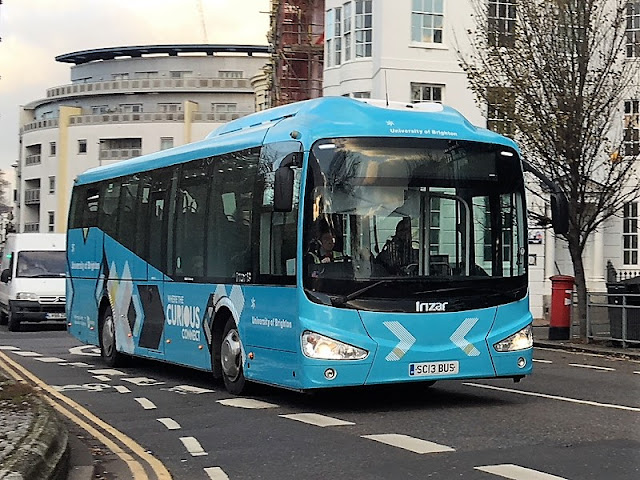 A notable vehicle making regular visits to the Steine Gardens area during the day was this Irizar bodied Scania K250UB4 registered SC13BUS. Lucketts Group subsidiary Worthing Coaches has acquired the former demonstrator from the Scania dealer at Worksop to provide contracted service UB1 for the University of Brighton. Its light blue livery has slogans 'Where the Curious Connect' on the offside and 'A place like no other' on the nearside. 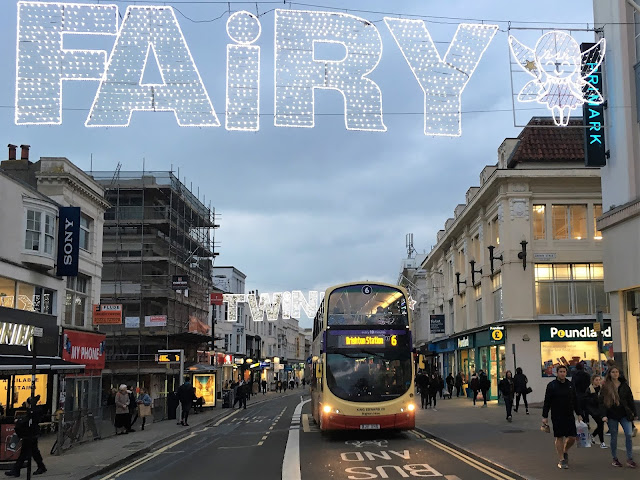 As it began to get dark there was the opportunity of getting some photos of Brighton buses under the Christmas decorations and Brighton & Hove's Volvo B9TL/Wright Eclipse Gemini 407 BJ11XHG is shown on Western Road heading for the station.

Apologies for the comparatively poorer quality photos which were taken on my mobile phone as I had left my camera at home.

Roy
Posted by eastnorfolkbus at 17:02