As mentioned in the previous post, I have been on a short break staying in the Worthing area and it would be rude not to include some highlights of the stay! 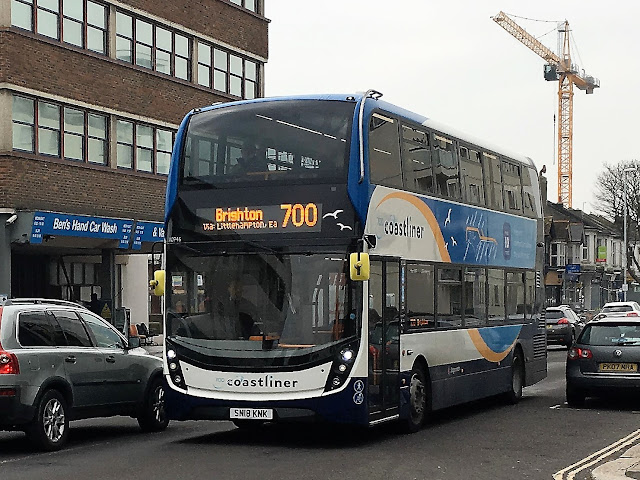 On my first morning there (19th), I went to Brighton Road to get my paper and found the road completely blocked. Apparently an RTA on the A27 caused the chaos and I got this photo of the 700 Coastliner 10946 SN18KNK stuck in traffic. Chatting to the driver I found that he had travelled around a quarter of a mile in just three hours. Despite that he was cheerful and said that, as long as he his flask of coffee to see him through, he was a happy man!

Later that day we had the trek over to Durrington Tesco for supplies, whilst yours truly opted out and disappeared to the Compass Bus depot on Faraday Road. Again I was warmly welcomed by the staff with one even remembering me from last time! They were very helpful in making sure I was correctly attired in my hi-vis tabard! 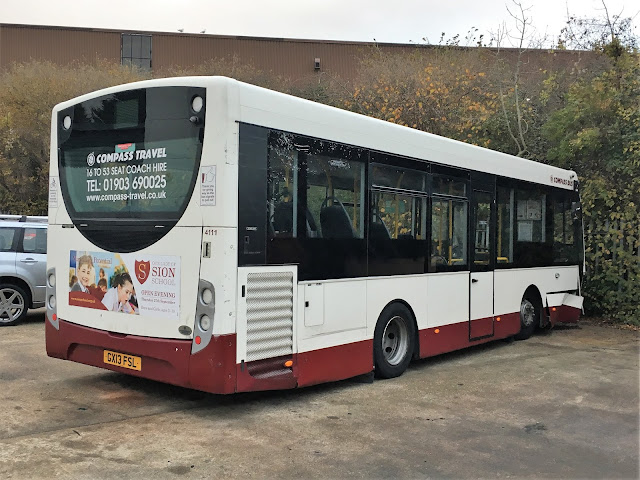 I was told that they were currently trialling a tri-axle Irizar bodied Scania, with an option to purchase, which was due to return shortly. I noted Enviro200 4111 GX13FSL was awaiting repairs following front end damage and that long withdrawn Dart 4003 VX05UHS was being used as a temporary dry store for children's Christmas presents prior to scrapping. Unfortunately the Scania didn't return before I left. 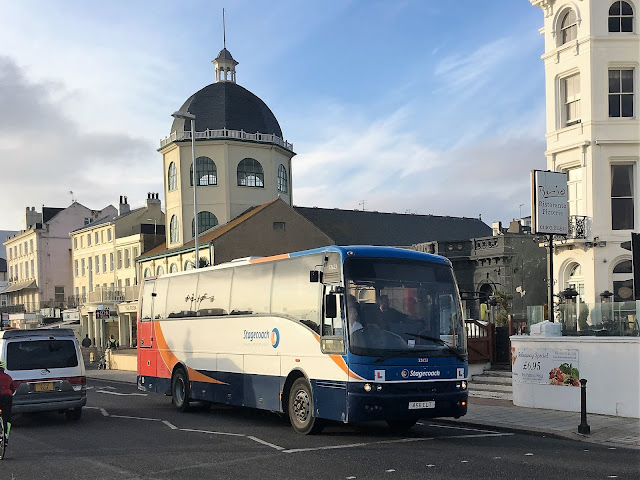 Later in the week (23rd), I observed activity in the Worthing seafront area and caught some interesting workings. First up is another driver trainer and this time Volvo B10M-62/ Jonckheere Mistral 52623 456CLT headed east out of the depot. Using an ex Routemaster plate, it was new to East Kent in October 1998 as S903CCD 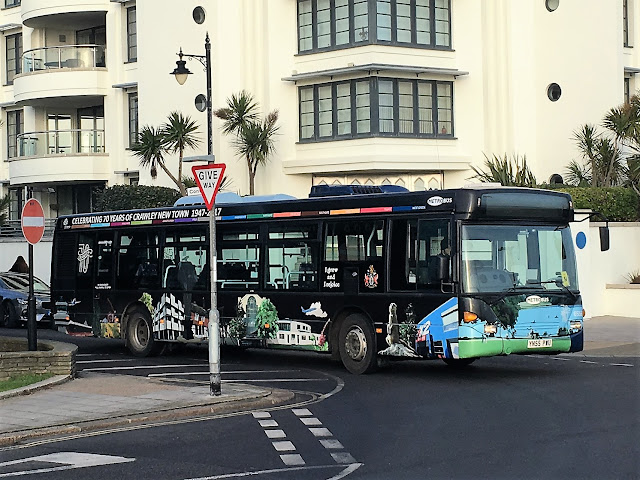 Next is Metrobus Scania OmniCity 6556 YN55PWU which has received a livery celebrating the 70 years of Crawley New Town. It arrived on the mainly half hourly 23 service from the town. 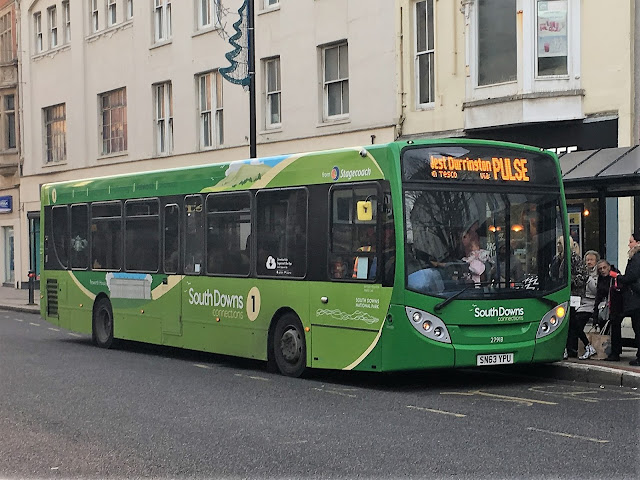 Roy
Posted by eastnorfolkbus at 10:39