Following a wander around the usual haunts during early yesterday afternoon, I discovered Shearings' Mercedes Benz Tourismo 140 BU18YSS resting on Marine Parade. Unfortunately it wasn't parked in a very good position for a photo bearing in mind the low sun and the placing of the street furniture but this is the best I could do. 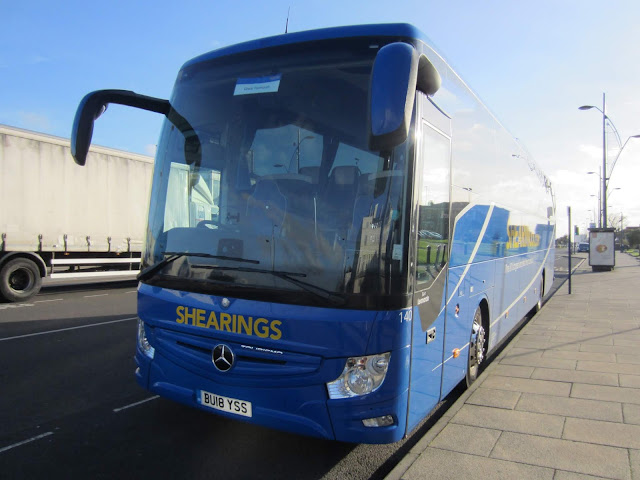 Looking in at Beach Coach Station I found two Alfa Travel Tourismos - 81 BX14LCK and 66 BN12CLV. Both were parked facing east which again made photography an issue with the low sun. 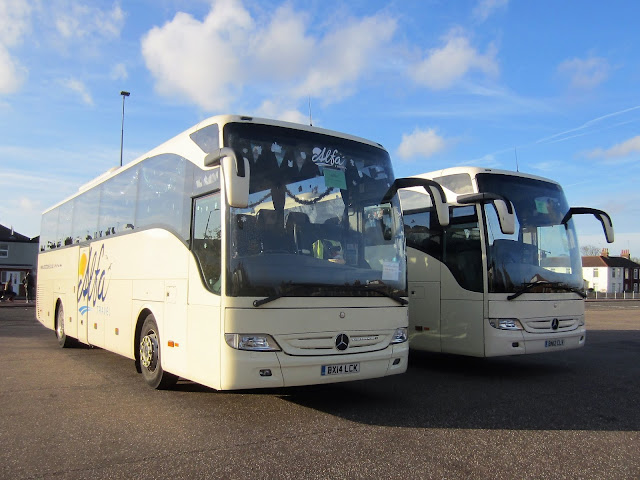 The Bernard Matthews procession arrived outside the Coach Station shortly after with three First ALX400 bodied Volvo B7TLs in charge. 30954 YJ51RDO leading, 32063 W223XBD bringing up the rear with 32065 W425SRP providing the filling in the sandwich. 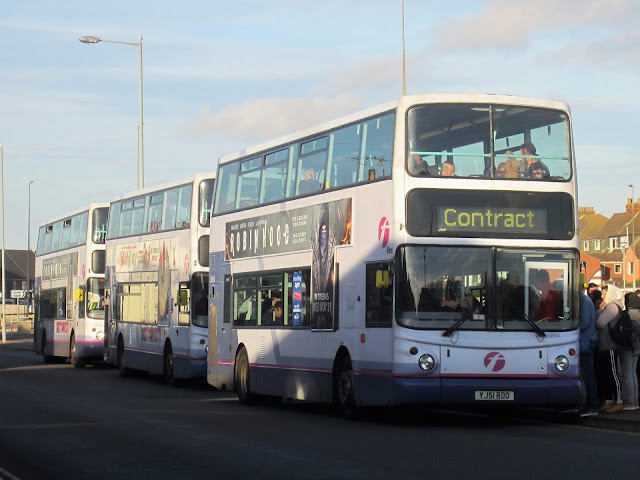 Finally, National Holidays' Tourismo NH16TEH passed through Market Gates Bus Station on its way to Marine Parade to unload its passengers - too quick for me to get a reasonable photo!

Roy
Posted by eastnorfolkbus at 11:09