Following a tip off from 'Reg Vardy', I managed to get to the East Norfolk Sixth Form College on Church Lane in Gorleston earlier this morning. 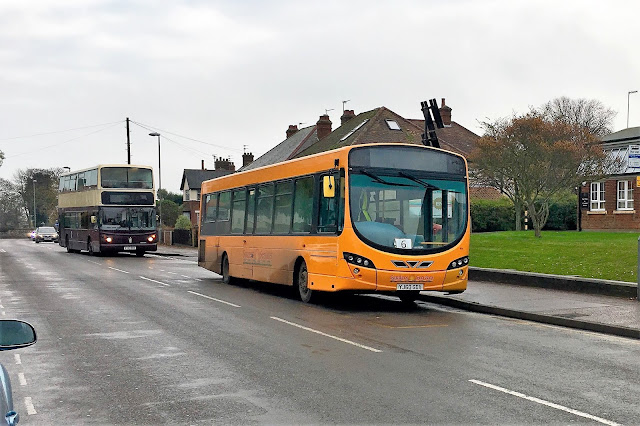 The arrival of First's Lowestoft Corporation Volvo B7TL/ALX400 30888 W743DWX confirmed his earlier sighting on the 881 between North Cove and the college - unfortunately the destination screen didn't get picked up by my phone. It pulled up behind Sanders Coaches' Wright Pulsar bodied VDL 408 YJ60GDX 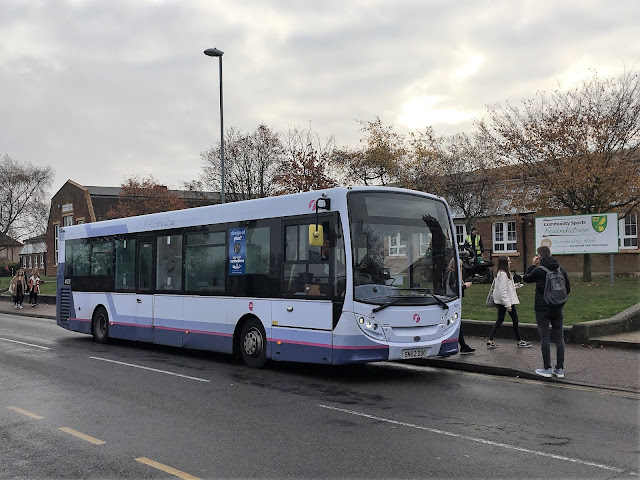 Shortly after another First Lowestoft vehicle arrived on the 882 from Oulton Broad in the shape of  ADL Enviro200 44532 SN62DBO - again the destination display wasn't showing in the photo.

Roy
Posted by eastnorfolkbus at 12:12